Pokemon Anime – Free cartoons is a free Windows 10 Pokemon anime video app to watch Pokemon cartoons for free. The app contains all the seasons of Pokemon cartoons with over 700 cartoons. You can start watching any season of the cartoon immediately. The app is pretty easy to navigate and has the full screen feature in it.

The Windows 10 Pokemon anime video app can be downloaded from the Windows 10 store or from the link given at the end of this article. When you start this app you will come across an interface like the one shown in the screenshot below. 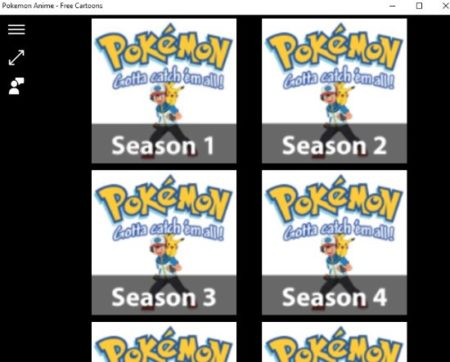 All the seasons of the Pokemon cartoon are listed on the home page. From here you can select any season you want to begin watching. If you click on season one then all the episodes or cartoons in season one will be listed in front of you, as shown in the screenshot below. 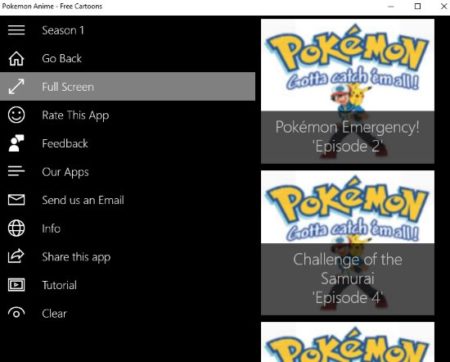 Along with all the season one cartoons listed you will also get some options on the left side like make the app full screen, go back to the seasons screen, rate the app, etc. From this screen just select the cartoon that you want to watch. Each episode will also have a title displayed on it. Once you select a cartoon, it will start playing on the app screen, as can be seen in the screenshot below. 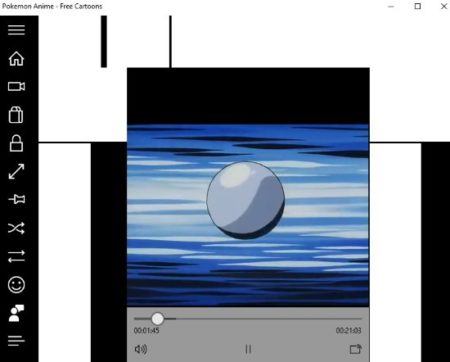 Left side of the app window will offer you some options, which can be seen in the screenshot below. 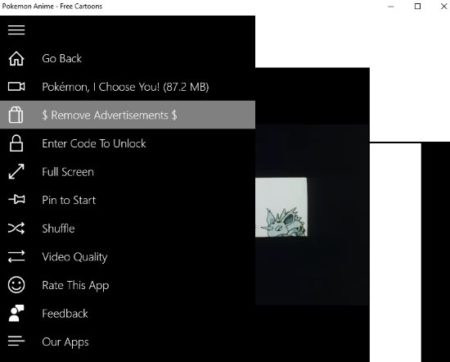 It will give a option to go to the previous window, show you the title and total size in MB of the cartoon video that you are watching, show an option to make the video full screen, option to pin the video to start menu, change the video quality, etc. You also have the option to remove ads by upgrading to the paid version of the app.

Pokemon Anime is a great app to watch the entire Pokemon series. The app beautifully lists all the seasons of the cartoon with all the episodes in them. Just select any cartoon that you would like to watch and it will start playing in the app window itself. You can also make the video play in full screen mode. You can also pin your favorite videos to the start menu, so you do not have to search for them every time you feel like watching it.