Poke Fight is a free Windows 10 Pokemon battle game app, in this game you have to attack your enemies and defeat them. The game has lovely graphics and all your favorite Pokemon characters. Each character has a special ability to attack the enemy. As you go into battle and win you will become stronger.

The Windows 10 Pokemon battle game app can be downloaded from the Windows 10 store or from the link given at the end of this article. When you start the app you will see an interface like the one shown in the screenshot below. 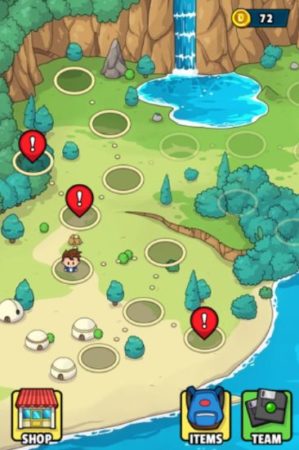 At the starting of this game you will get to choose your Pokemon character out of three given ones. Choose the one which you like. The first level is pretty much guided and you will be shown how to fight with your enemy. You will be shown how you can use your special ability or power to attack your opponent. After the guided level you can start playing the game on your own.

As seen in the screenshot above the fields marked with a red symbol are the ones where you can go fight your enemies. The items tab at the bottom will have items you won, or purchased from the shop, which can be used in the battle. The team tab will show all the members of your team. 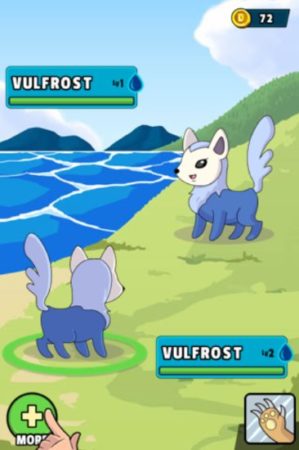 The green circle around  character means its their turn to attack. You can change players in middle of a game as well. The attack icon is shown on the bottom right corner of the game play window. Click on this icon and the opponent will be attacked. The health meter next to you and your enemy will reduce after a attack. Whoever looses health meter green line will lose the game as well. 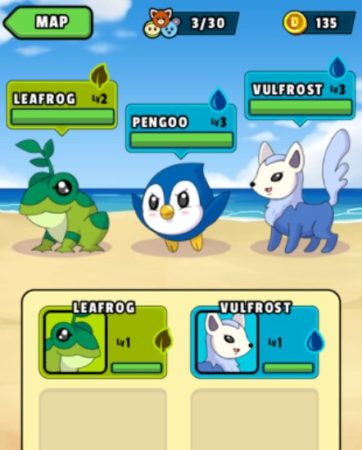 You can have only three members in your team at a time. So choose the strongest ones to fight for you, so that you can win easily.

Poke Fight is a really fun game app for Pokemon fans. You can choose your favorite character and go into a battle with your enemies. Use your special powers to defeat your enemy and capture them to build your own team. The game has nice graphics and lets you enjoy your Pokemon battles.