Windows 10 is chock full of impressive features, having a truckload of goodies crammed into its every nook and cranny. However, one of the best things about Windows 10 is that it includes useful tools and utilities not just for regular users, but also power-users and developers. And one such feature is the built-in developer mode. It’s especially handy if you’re a Windows 10 developer looking towards developing universal apps, as it allows sideloading of uncertified apps to the operating system. So the question is, how to enable it?

How To Enable Developer Mode In Windows 10?

Flipping the switch on the developer mode in Windows 10 is a piece of cake. Read through the following extensive, screenshot-laden tutorial, and things should get even easier than they already are:

Step 1: Open up Settings (the modern style app), and click on the Update & security sub-module. 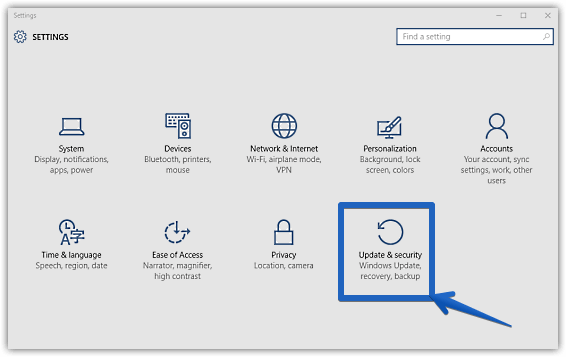 Step 2: As is always the case, a bunch of options should be listed in the left pane. Click on For developers, and jump on to the right. Under the Use developer features sub-section, you’ll see two options. The Sideload apps option simply allows installing apps that haven’t been certified by Microsoft, whereas the Developer mode option enables all the settings of the Sideload apps option, along with advanced developer settings. Select the Developer mode option. Here’s a screenshot: 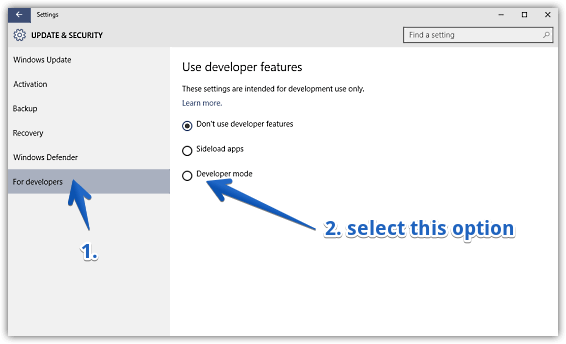 That’s all there’s to it fellas. You’ve successfully turned on the developer mode in Windows 10. You can now use your system for advanced Windows 10 development purposes (e.g app development). Pretty cool, right?

Also Check Out: Choose Locations To Show In Start Menu In Windows 10

The developer mode in Windows 10 is quite a nifty feature, especially useful for those who are interested in developing for the platform. If you’re one amongst the lot, try it out, and let me know what you think of it in the comments below.