This tutorial explains how to block folders in Firewall to restrict internet access. Here I will talk about a firewall software for Windows to select a directory for blocking applications or executables that it contains all at once.

The default Windows Firewall doesn’t offer you this option, so I have found a simple tool which lets you do that. The Firewall software called Fab or Firewall App Blocker and it is completely free. 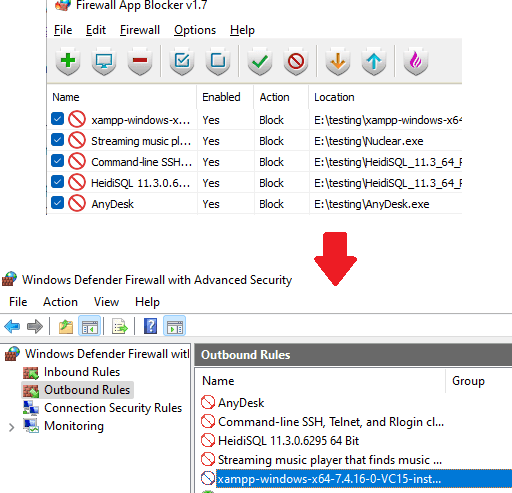 How to Block Folders in Windows Firewall to Restrict Internet Access?

Using this software to block multiple applications from accessing the internet is very simple. Just go ahead and download this software from here. After that, you just extract the ZIP file and launch this program.

From the File menu, select “Add Folder Contents” option. Next, you select a folder from the Explorer that you want to block.

It will scan all the EXE files in the specified folders, even in the nested directories, and will add them in to the block list. And as soon as it adds them in the block list, it will block them in Windows Firewall as well. 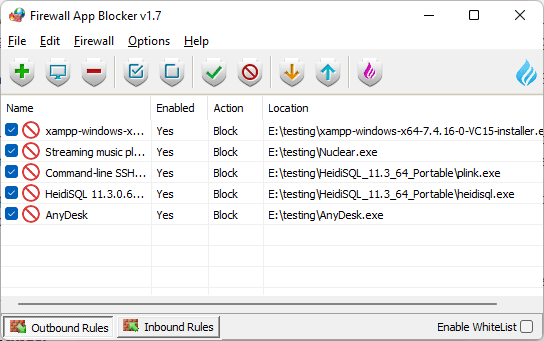 Now, all the applications in the folder you have blocked will not be able to access internet. You can see this in the screenshot below, where AnyDesk portable EXE can’t connect to the internet. 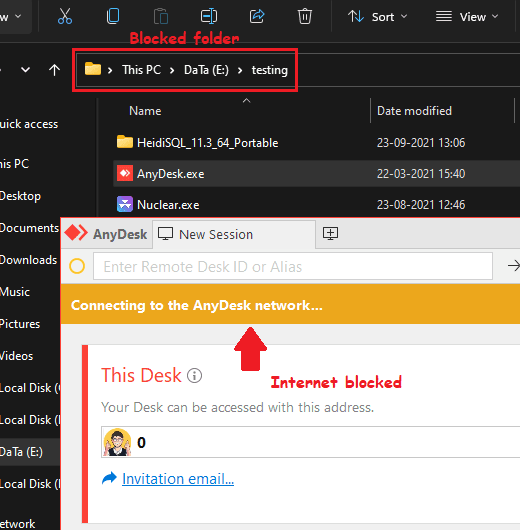 In this way, you can use this simple and powerful Firewall app to block folders in Windows. Right now, it can only block EXE files, but an improvement would be that it could block other kind of executables as well. And I really hope that in the later updates they support other kind of files to be blocked in the Firewall.

If you are looking for a way to block a folder full of executable files in Windows, then you are at the right place. Just use the tool I have mentioned here and block multiple EXE files in just a couple of clicks. Go give it a try and let me what you think about it.