Here is a list of 4 websites to rent games in United States. All of these websites offer large amount of game titles spread across multiple genres and for almost all the gaming platforms. No matter in which state of USA you live in, you just need to look for the game title you want and rent it for a nominal fee. All of these websites let you rent unlimited games for a fixed monthly price with one game being rented at a given point of time. However in higher packages, you can rent more than one.

These websites are a good way of playing new and your favorite games without burning a hole in your pocket. So, let’s get started with them and have a look at the features they have to offer.

Game Fly is the website which offers both games and movies for rent and purchasing. As for games; you can browse 8,000+ games on the basis of platform, genre, most popular, new releases, and coming soon. For each gaming title, the website shows: Age rating, Game Fly rating, metacritic rating, genre. Also available on, videos, screenshots, and user reviews. It also shows the description, release date, and publisher. Just below all these details, the website shows games you may also like. The website also offers parental control settings. The website has various subscription plans along with a free 30 day trial. 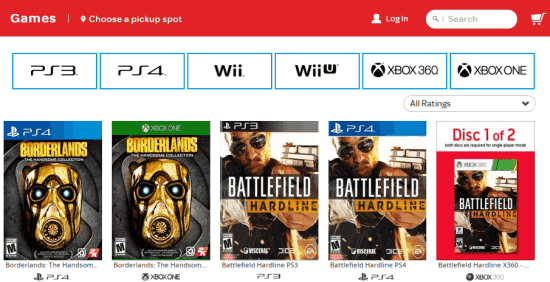 Red Box is another website to rent games and it also offers movies. It lets you browse games on the basis of genre, coming soon, age rating, and own it now. When you will click on any gaming title; Red Box shows you number of console players, genre, star rating, age rating, game plot, and reviews. You can also choose to add the games to wishlist for renting or owning it later. Red Box has a handy tool which lets you look for pickup spot easily on the basis of address or ZIP code. 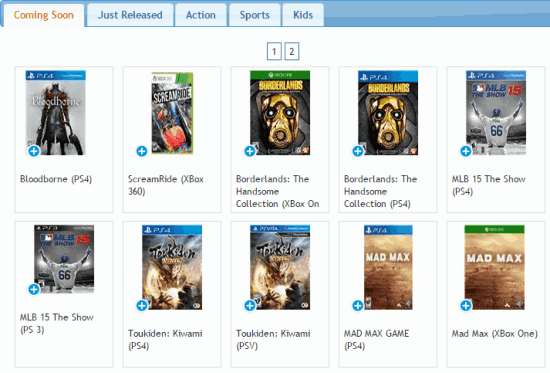 Game Rang is the third website in the list which offers a really good and wide range of games for rent. You can look for games on the basis of genre, just released, coming soon, games of interest, top games out now, and gaming platforms. For the selected game; it shows game score (out of 100), release date, ESRB rating, number of player, online gaming support, option to rent/buy it, and other details. You can also check the description, screenshots, videos, reviews, stats, cheats, etc.

It also has a feature called Game Queue using which you can put multiple game titles in queue with the date when you want them to get delivered. You can manage all games using their Game Queue manager. 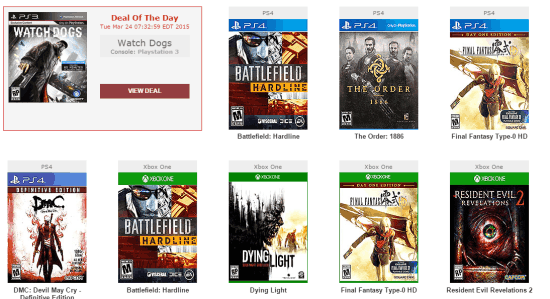 Game Access is a Canadian game renting website but it also ships to United States. You can choose from 4,000+ game titles from different genres and on the basis of your gaming platform. If you will click on a gaming title, the website shows you details related to that game. The details include description, game review, category, release date, publisher name, ESRB rating, also available on and retail price.

These are the 4 websites to rent games in United States. Check them out to save a lot of money and play more games.

You may also like: 3 Websites to Check Video Game Ratings Based on Age.