This tutorial explains how to force mouse to move in one direction only. For this, I will talk about a free software called DragLock. This software can lock mouse movement in a specific direction. It lets you define a hotkey and while you are holding that key, then mouse on particular direction will not move. Suppose you were moving mouse vertically and suddenly hit the hotkey. In that case it will block the horizontal movement of the mouse. Also, as you release the hotkey, then mouse movement will get back to normal.

Blocking mouse movement in one direction can be useful in some cases. For example while using some ruler software, you may want to freeze mouse in one direction so that you can measure an area easily. And DragLock freeware makes it very simple to do that. It sits in the system tray of Windows and all you have to do is press and hold hotkey. Also, you can change the hotkey anytime as per your convenience. 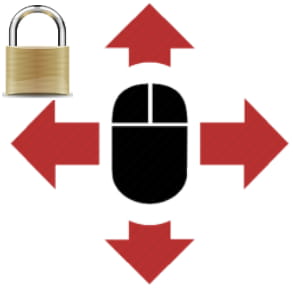 How to Force Mouse to Move in One Direction Only?

DragLock is a tiny freeware to force mouse to move in one direction only. And it is a portable software so you can even run it from a USB flash drive. It doesn’t make changes in your system setting or system registry.

Here are a few steps to force mouse to move in one direction only using DragLock.

Step 1: Download the EXE of DragLock from here and then just run it. After that, you will see its tray icon in the system tray of Windows.

Step 2: Use the right-click menu of the DragLock from system tray to open settings. By default it uses “Win” key for blocking the mouse movements. But it can bother you as Win key is used to bring Start menu. So, you can change it to another, say “Left Alt”. 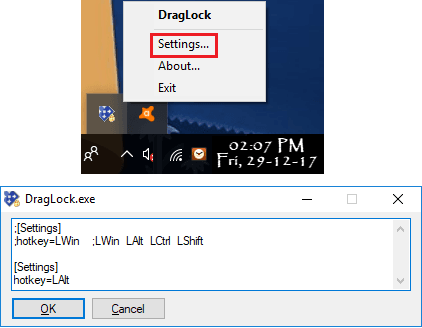 DragLock is a unique software tool to temporarily block mouse movement along one axis. And it does that with the help of a simple hotkey, specified by you. So if you are looking for ways to force block mouse movements in one direction, then this tutorial will come in handy.