Haven is a free Android app that turns any Android phone into a security camera. This app works with almost every Android phone running Android version 4.1 or higher. It takes full advantage of the Android phone’s hardware to detect moments, motion and shakes. Instead of recording video, this app saved a screenshot of the time when it detects a movement, motion, or shake. In the case of detection, you can configure it to alert you by sending a text. This way, you can have all the functionality of a smart surveillance system from an Android phone.

Unlike a security camera or smart home surveillance system, Haven is pretty simple and straightforward to setup. All you have to do is find a location to mount your phone with charging and install this app from the Play Store. Once installed, this app takes you through a quick introduction where you can configure it as per your needs. 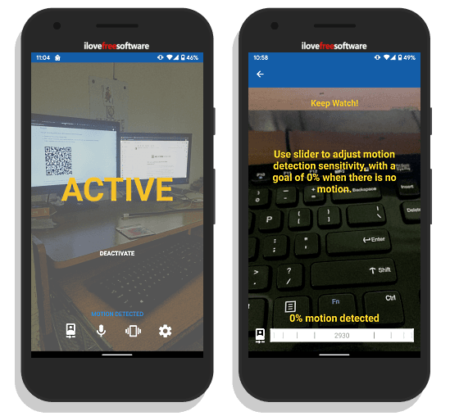 You can configure the following aspects of this app: 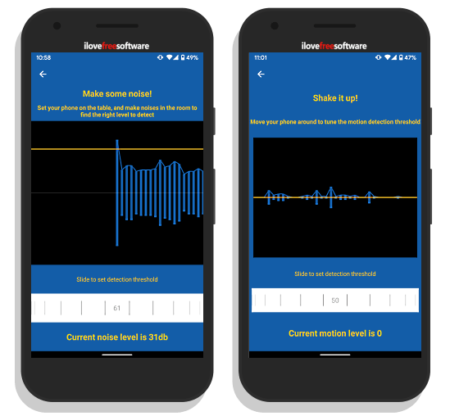 All these configurations activate the respective hardware and provide you with a slider to adjust the sensitivity level for each of them as per your requirement. After configuring the detection, you can configure the other options including the followings: 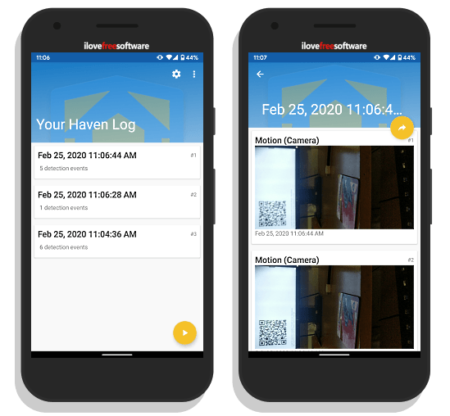 Whenever this app detects somethings, it creates a log entry for that. In the case of movement and shake detection, it captures a snapshot of the event and in case of voice, it records the voice. You can check all the detection under the log section where the app sorts them by the surveillance intervals.

With Haven, you can easily turn any Android phone into a security camera with advanced surveillance features. This way, you can use an older Android phone to protect your property and privacy. You can put it for surveillance, get remote alerts and check back the snapshots later. Apart from property surveillance, it can also be pretty useful for investigative journalists, human rights defenders, etc.