SidePlayer for Android is a free Android app for your device which lets you control your music with swipe in playback controls. The app provides you with controls to play, pause, skip forward, and back. These controls can be accessed anywhere in the OS with just a simple swipe from the left edge of the screen. You can bring up these controls whenever you want and hide them when you’re done. SidePlayer for Android works with any music player, which is very helpful. This app is available all the time and everywhere in the OS. 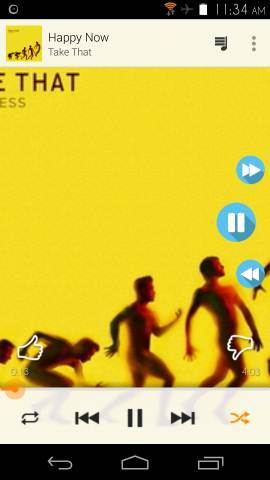 You can get SidePlayer for Android from the link or QR code below. When you start the app, you will be asked to select a music player. From here, simply choose a music player which you would like to control. Also, after you have selected a music player, you will told that should have just one music app running in the background, otherwise there will be conflict between players. 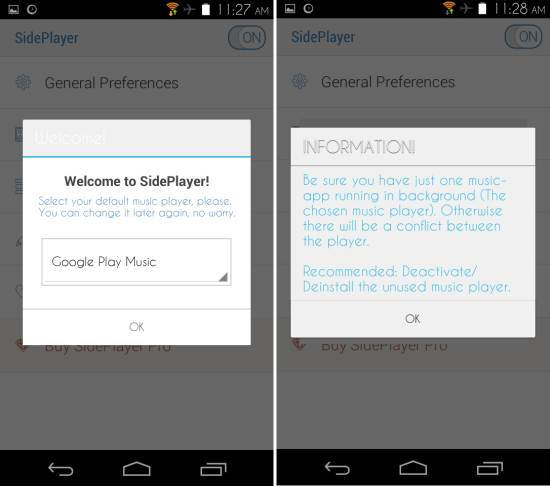 Now that you have successfully installed and configured SidePlayer for Android, you will be able to access the controls by sliding from the right edge of the screen towards the left as seen below. Tapping on the play button will start playing the music. Also, you can skip forward and backward with the help of the provided buttons. This app will work anywhere in the OS, even while playing games in full screen. 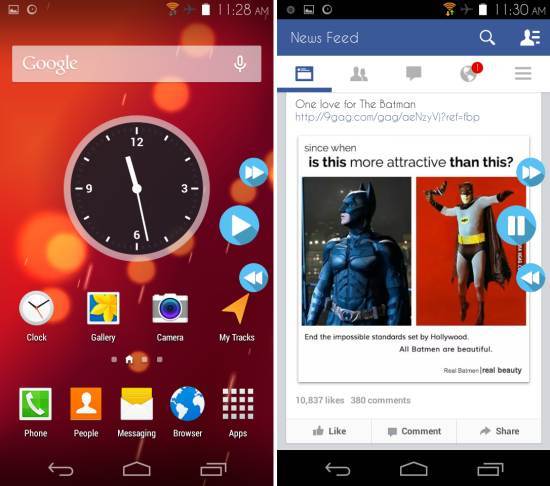 In the settings you get to manage the activation area of the app, tap on ‘activation & gesture’ option and you will have the options as seen below. Now tap on the dimension option as pointed below and then change the swipe area according to your choice. I have not covered other options in the SidePlayer, as most of them are paid. 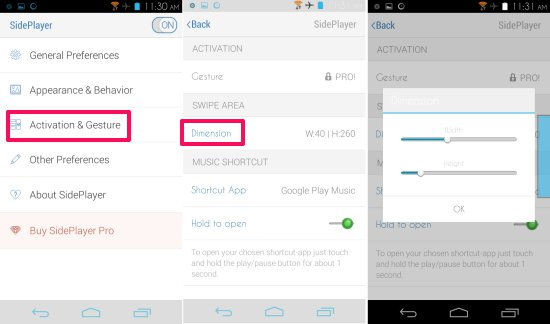 SidePlayer for Android is a simple and minimal app which allows you to control music playback with a simple gesture. You can be running other apps or playing full screen games, and still you will be able to control your music playback, which is really useful as sometimes you don’t want to be switching between apps. The app is simple and straightforward. In my case, this app worked on Google Play Music and Samsung music player without any issues. Only thing that was not good about this SidePlayer is that the free version is very limited in the configuration and customization option.

Get SidePlayer for Android from here or scan the QR code below. 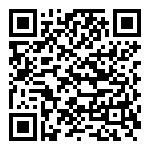