Hidden Cameras for Android is a free app for Android which allows you to take images without anyone noticing. There are lots of hidden camera applications on the Play Store; this one is a little different. Hidden Cameras hides itself as an eBook reader.

When installed, the icon of this app looks like an eBook reader and even its name is changed to Magic Book. This way even if someone uses your phone they will not notice this app. When using this Hidden Camera app for Android, there is no Flash or shutter sound, which might give you away. 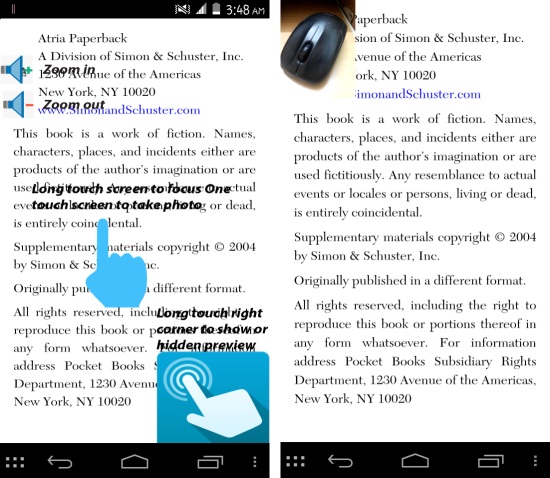 You can get this app from the link or QR code that I have added at the end of the article. Once it is installed, search for an app which is named Magic Book, and launch it. The name and icon is changed so that no one knows that you are using a hidden camera app. Upon launch you will have the interface as seen here, which looks like a eBook with tutorial explaining the functions. 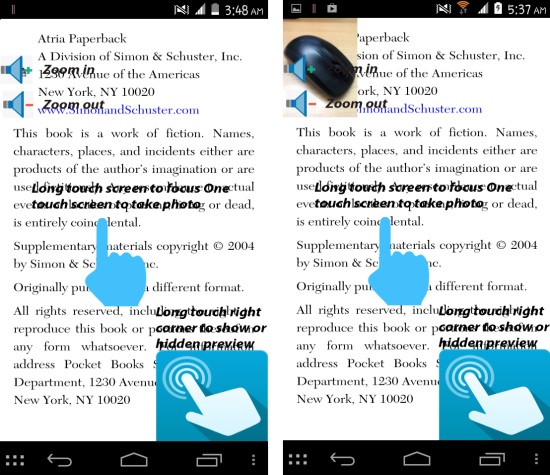 You need to long tap on the right corner to show or hide the preview area, and tap on the areas as shown above on the upper left corner to zoom in and out. To take an image, simply tap on the center of the app. This tutorial says long press, but nothing happens when I long pressed, instead just a single tap was capturing images. When an image is captured, you will be presented with a toast message saying loading; this means that the image capture is successful.

Now that you are familiar with the function of Hidden Cameras for Android, simply tap on the menu button and then open up the settings as seen here. Now turn off the hide tutorial options as seen here. When you return to the apps interface, it will be clean and look like a simple eBook. Now you can take images without anyone knowing. 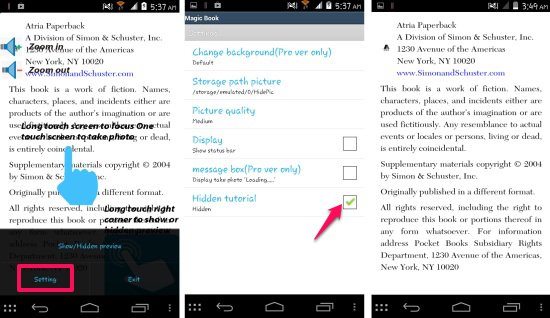 In the settings you can change the path at which the images are stored. By default they go to a folder named ‘HidePic’ in the SD card. Also you can choose the quality of the image, ranging from high to low. If you like, you can display the status bar while the app is running by tapping on the ‘display’ option in the settings

Get hidden cameras for Android here or scan the QR code below. 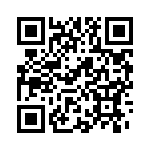