The app has a very minimalistic interface that allows you to quickly extract file and folders. The best part of this unarchiver for Windows 8 is that it supports the ability to handle quite a bit of archive formats like .ZIP, .TAR, .TGZ, .RAR, and .7ZIP. So we can clearly see that this unarchiver for Windows 8 supports the ability to extract the three most commonly used archives namely .RAR, .7ZIP, .ZIP; this makes the app quite useful. 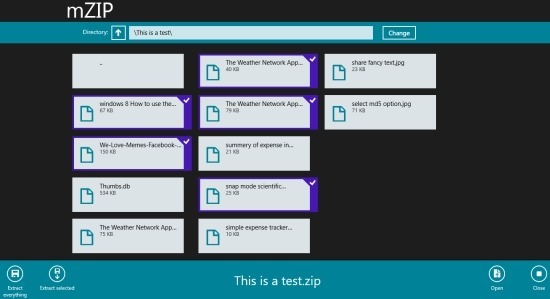 You can download and install the app from the link provided at the bottom of this post. When you run  mZIP for Windows 8 you will have the interface in front of you as shown below. To get started with the app just click open button as pointed out in the same screenshot. 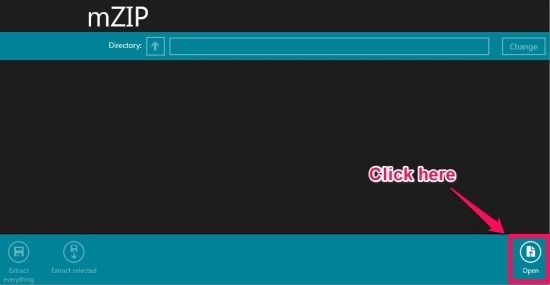 Clicking on the open button will bring up an interface that enables you to select an archive format, after you have selected, and opened the file you will have a interface as shown below in front of you. If you just want to extract some files from within the archive then click on the folder and the app will display all it’s content. To extract files or whole folder just select it and an option menu will come up as shown below in the screenshot. To extract the selected files just click on the extract selected button and to extract everything just click on the extract everything button. 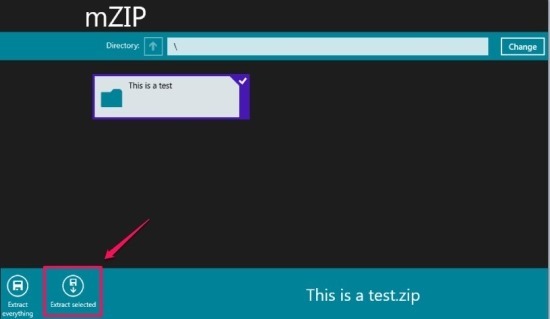 After following the above step you will be presented with an option to choose a folder where you would like to extract the files. Now just click on the ok button and you will be able to see the progress of the extraction process on the upper right corner of the app window as shown below in the screenshot. After this the extracted files or folders will appear at the selected destination. 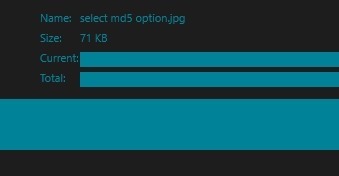 mZIP is one of the most simple and straightforward unarchiver for Windows 8 that I have come across. For some of you guys who love simplicity and ease of use will like this app. The only disadvantage of mZIP is it’s simplicity that could be annoying to a certain set of people.