MakeShot is a free screen capture tool to capture desktop screen. It comes with built-in screenshot editor to enhance screenshot and save to PC. Moreover, it also provides facility to automatically upload captured screenshot online on makeshot.net. You can capture the whole desktop screen or only a specific area and can save screenshot either in png, jpg, or in gif format.

MakeShot is a bit different than most of the other screen capture software because it provides built-in image editor and facility to upload screenshots or other images online. It is quite useful and simple to use screen capture tool that is completely free to use for everyone. 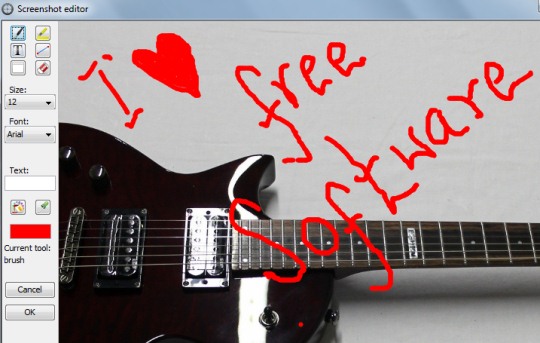 In above screenshot, you can see screenshot editor of MakeShot where you can enhance captured screenshot and can save to PC.

How To Use This Screen Capture Tool?

First download and install this screen capture tool to your PC. You can use download link available at the end. MakeShot requires Java 7 installed on PC to run it successfully. MakeShot runs silently in system tray and you can right-click on its tray icon to take screenshot. See the below screenshot: 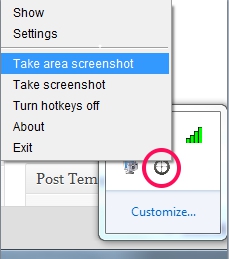 It also support hotkeys to capture the whole desktop screen or only a specific area of PC. Default hotkeys are PrintScreen (to capture full screen) and F9 (to capture screen area). You can customize these hotkeys by accessing Settings of MakeShot.

When you will take screenshot, immediately it will open with build-in screenshot editor, thus you won’t need any other image editor software to edit captured screenshot. Screenshot editor provide basic tools to edit and enhance screenshot such as: brush, highlighter, text tool to insert text, eraser, and line tool. Use them accordingly. Be careful while editing screenshot as you cannot perform undo action. But eraser tool is available to correct mistakes. 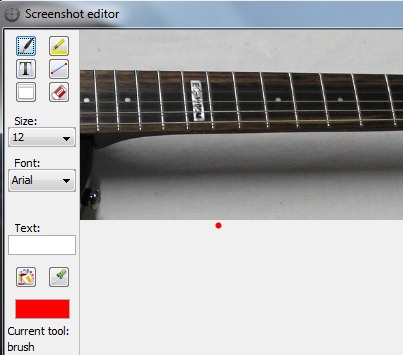 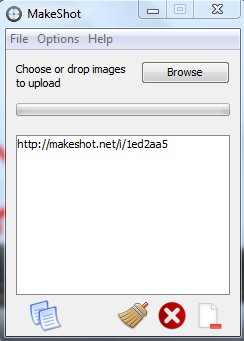 If you want to change the destination location, hotkeys, enable/disable automatic online uploading of captured screenshot, and output format of saving screenshot, then access Settings window.

Key Features Present In MakeSh0t are: