Bug Shooting is used to capture screenshots and allows to edit them with build-in screenshot editor. It can also be used to enhance images saved in PC by adding annotation to images. It provides really nice effects and visual effects while capturing a screenshot. 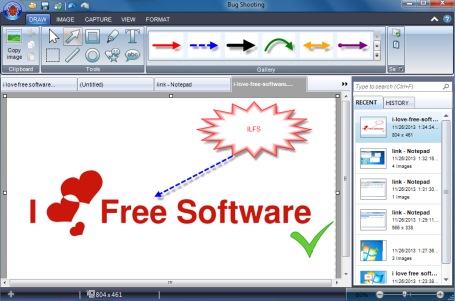 With the build in editor, you can enhance the screenshot with different arrows, text tool, stamps, line tool, rectangle tool etc. Enhanced screenshot can be saved in jpg, png, gif, and in bmp format. You also have the facility to edit photos saved to your PC, like visible in screenshot above. Thus, it’s a very handy and completely free (only for personal and non-commercial use) screen capturing software as compared with some similar screen capture software.

Note: To use it free for personal use, you need to request for a free license by providing your name, email address etc. After this, you will get a free license to registered email. Otherwise, Bug Shooting will remain trial only for 30 days. 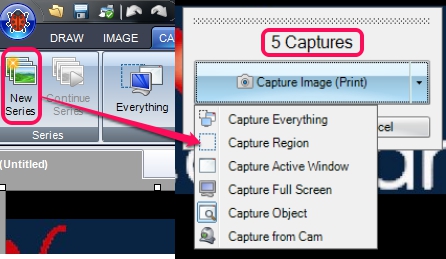 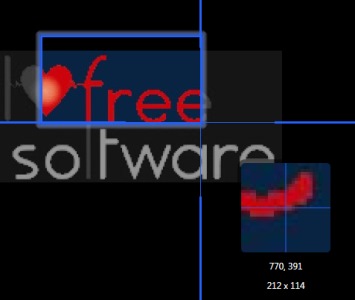 Download Bug Shooting to PC by accessing its homepage link. You can find homepage link at the end of this article. To get a free license for personal use, use Pricing option available on its homepage. Install it to PC and it will start running on system tray. Double-click on its tray icon to capture a particular desktop area. And to select a particular screen capture mode, right-click on tray icon and access Capture (Everything) option. After this, all the screen capturing modes will be in front of you, like visible in screenshot below: 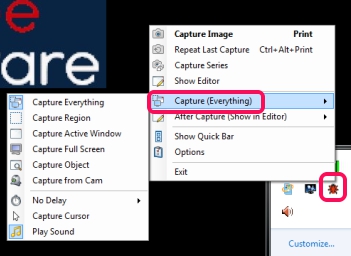 After you have captured the screenshot, it will open with in-built image editor. Here, multiple tabs are available to use. For example, you can access capture tab to start capturing more screenshots, or to start a series capturing.

To enhance the captured screenshot, you can use Draw tab which provides multiple tools. Tools such as: line, arrow, rectangle, text, circle, stamp, pen etc. are available to use. For each tool, there are multiple styles (or varieties you can say) are available. 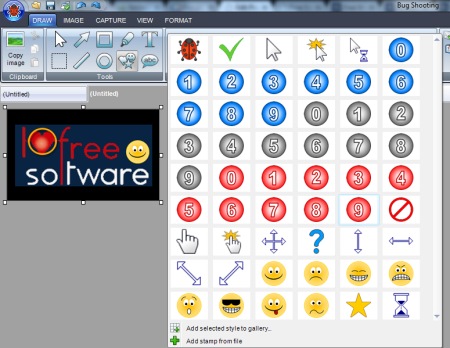 Enhance screenshot with these tools and save the output to desired destination location in png, bmp, jpg, or in gif.

Bug Shooting is far better than most of the similar screenshot capture tools. It provides a lot of features and visual effects are really cool in this screenshot capturing software. I personally liked using it and can recommend it to you.