Here are 5 free WAV editor software for Windows. These free software will let you edit a WAV file using various tools that they offer. Using these software you will be able to change almost every aspect of WAV files easily. These software come with a lot of tools with them that you can use to manipulate a WAV file. You can work with the specific sections of a WAV file, cut, copy, paste, invert WAV file parts, add marker points, do analysis using various methods, and much more. And in the following list, I will talk about 5 such software to do the same. 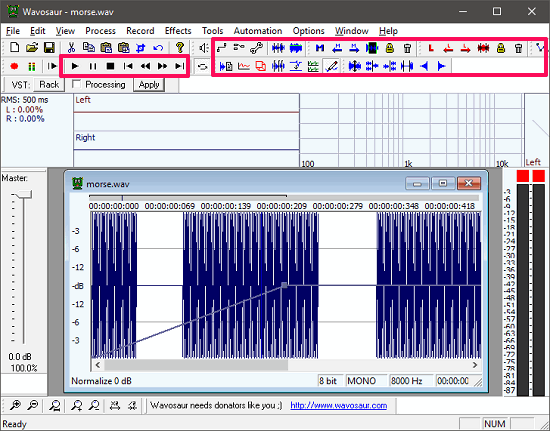 Wavosaur is one if the best free WAV editor software for Windows. This software comes with lots of tool and features that you will like. This WAV editor lets you import a WAV file to its interface and shows its waveform. After that, you can use the various tools to edit the WAV file segments. In the toolbar of the software or in Tools menu you will find tools like, marker tool, slicing tool, normalizing tool, fade in tool, fade out tool, play, rewind. fast forward, tools for changing frequency, and analysis tools. This WAV editor software lets you analyze a WAV using 2D and 3D spectrum analysis and save the report as FFT and TXT file.

The interface of this WAV editor software is quite complicated as it has icons of many tools on it. It opens a source WAV file on its interface as a spectrum. You can see various sections of the WAV and you can cut copy, or even delete various sections from it. Also, you can use tools from toolbar to do other tasks such as analyzing or marking points in the timeline. In addition to that, after applying each effect or editing task, you can play the WAV file. There are controls given in the toolbar of the software.

Using Wavosaur to edit a WAV file is pretty simple. Just open the software and then import a WAV file on its interface using the File > Menu option. After that, it will open the WAV file and you can start editing it. Based on what you want to do with the WAV file, you can choose tools accordingly. After applying each editing operation, you can review the changes by playing the WAV file. And after you have applied all the changes, then you can save it in the same WAV file or export it as a new WAV file to any location on your PC. Use File>Save As menu to do that. 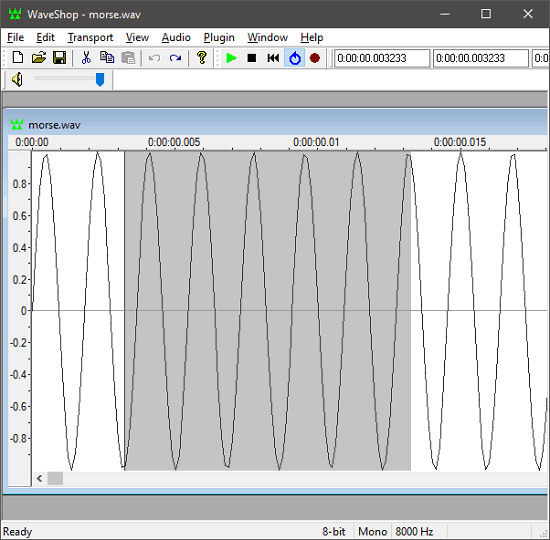 WaveShop is another free WAV editor software for Windows. This software has fewer tools and features, but still, it is a very good software to edit WAV files. It comes with a simple interface where you can easily edit a WAV file and save changes. It organizes the WAV file on its interface in waveform and you can work on a specific section of the WAV. There are some tools and effects in the software that you can apply to the source WAV file and review changes by playing it. It allows you to play the WAV file in a loop and you can also play a specific part of the WAV file.

WaveShop software allows you to perform various operations on the WAV file. It has Amplify, extract, fade, find clipping, format, insert channel, normalize, resample, reverse, peak statistics, find zero crossing, RMS statistics with a histogram like options that you can apply onto source WAV file. In addition to that, you can also plot the 2D spectrum corresponding to the WAV file and use the zoom feature to explore the waveform to a certain level.

Using WaveShop software to edit a WAV file is pretty simple. Open the WAV file in it that you want to edit and then use the tools and other editing options to start editing it. The tools are not available in the toolbar of the software. You can use Audio menu of the software to get the tools to edit the WAV file. You can also use cut, copy, paste, delete and insert operations to edit the WAV file. After you are done with the editing, you can save the changes in the same WAV. Or, you can also export a whole new WAV file. 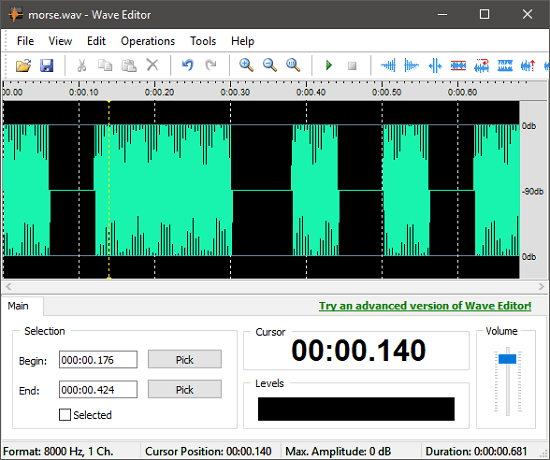 Wave Editor (homepage) is a lightweight software to edit WAV files. The software has a set of tools to edit a Wav file and review changes by playing it. It opens the WAV file on its interface and shows the corresponding waveform on which you can do whatever operation you want to do. You can use the usual copy, cut, paste operation on a specific part of a WAV file and also you can cut out a portion from it and export it as WAV file.

The main tools which are covered in this WAV editor software are fade in, fade out, inserting silence, reverse, invert, normalize, and amplify. You can apply any of the above operation to the entire WAV file or to a specific portion only.

Getting started with Wave Editor software to edit a WAV file is very similar to what I have explained for the above software. Just open a WAV file in it that you want to edit. And after that, use the tools from the Operations menu and apply them on the source WAV file. After you have edited the WAV file as you want, you can save WAV file and exit. 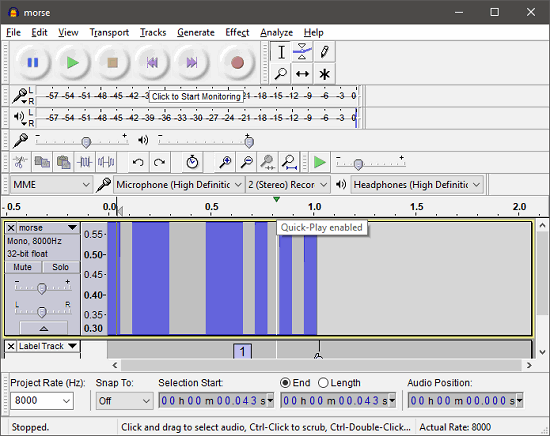 Audacity is an open source audio editor software for Windows. Not only an audio editor, but you can use this software as an audio player, audio recorder, and audio converter as well. It comes with tons of tools and features that you will like. It organizes the WAV file on its interface in a waveform and offers a long list of effects and tools that you can apply to it. On the audio timeline, you can see the WAV file and also you can bookmark some points for your reference. It allows you to apply effects on a specific part of the WAV. In addition to that, you can review the WAV file by playing it using the controls given.

This software has analyzing tools like sound finder, beat finder, silence finder, and plot spectrum. There are many effects available in the Effect menu of the software like, Normalize, fade out, fade in, invert, reverse, phaser, repeat, reverb, echo, click removal, change speed, leveler, change tempo, delay, notch filter, and many others. It supports copy, cut, paste-like features so you can easily manage various portion of the WAV.

If you know about various audio editing tools, then you will easily edit a WAV file in it. Just open the WAV file and when it has placed it on its timeline, you can start adding effects to it. Use the tools and apply other operations that you want. And finally, when you are done, save the changes in the same WAV file or you can export it as a new WAV file. 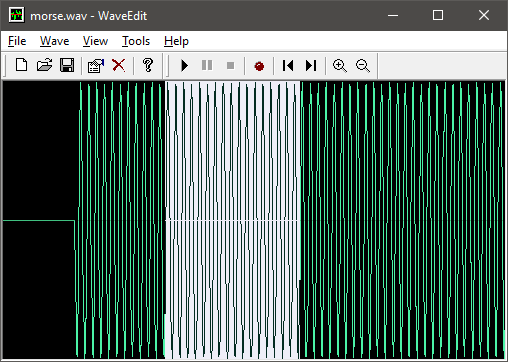 WaveEdit is an extremely simple software to edit WAV files. It doesn’t have advanced editing tools in it. But you can use it to simply edit the portions of a WAV file using cut, delete-like operations. It comes as a portable software and you can use this software from a flash drive as well. The interface of the software is pretty simple where it organizes the source WAV file. After opening the WAV file in it, you can start editing the specific section of the wave and use the zoom like tools to assist you while editing.

Using WaveEdit is very simple. Open your WAV file in it that you want to edit and it will sketch the corresponding waveform on its interface. After that, you can edit the WAV file by cutting out various parts from it. You can zoom on a specific portion of the WAV and then do whatever you want. You can review changes in the WAV file by playing it using the buttons given in the toolbar. The software allows you to save the changes in the same file and you can also export the edited WAV file to a new file.

These are some very good WAV editor software that I have listed. All these software come with their own set of feature and tools. So, based on what type of editing you want, you can choose the software from this list accordingly. Personally, I like WaveShop and Wavosour to be the best software in this list. But if you want a software with lesser features, then Wave Editor and WaveEdit are good options.