Video Star is a free iPhone camera app using which you can create cool videos by adding song and FX effects. The app has a good collection of songs for adding them to the video. If you want then, you can also add the songs from your own collection and podcasts.

The app has a very large collection of FX effects which you can add to your video to make it look cool. The app has in-built support for sending the video to Facebook, Instagram, and YouTube. 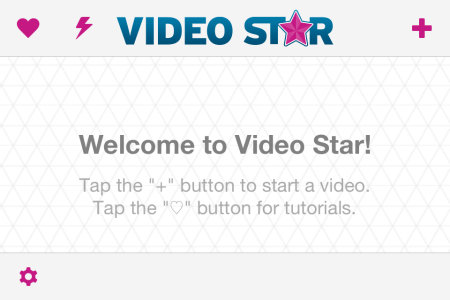 You can download the Video Star camera app either by searching on the iTunes App Store or by clicking on the link given at the end of this review. To start shooting cool videos, launch the app and tap on the Plus icon at top right corner. You will see the list of all the songs available on the next screen. All the songs are categorized in different categories for easier navigation and searching. 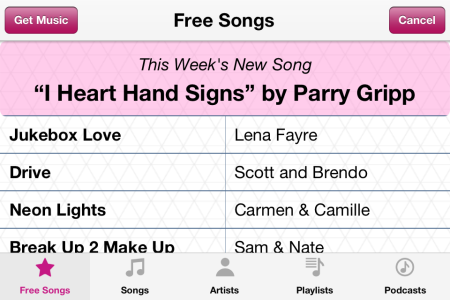 The Free Songs category displays the list of all the songs which comes bundled with the app. If you want to use any of the songs from your own collection then, you can do so by using any of the remaining 4 categories. Select the song which you want to add to the video. The song will start playing in the next window.

Note: If you want to import songs from podcasts, then your iPhone is required to have Apple Podcasts app installed on it.

Now, you have to set the start and end point of the song to indicate the part which you want to use for video. To mark the points, tap on the Set Start and Set End tab depending on the point which you are setting. After marking the part of the song, you can set the speed of the song. Tap on Adjust Speed tab to alter the speed. The option lets you to make the speed of song faster or slower than the normal speed. If you want to use the original speed, then leave this option as it is and tap on Make Video option. 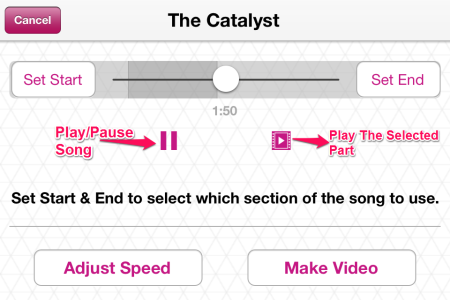 The app will take a little time to load the song and FX effects. You can check the FX effects at the bottom bar which you can slide using your fingers. There are lots of effects for you to try along with some effects which let you to add text to the video. If you want even more effects, then tap on New FX option. Here, you can find numerous effects divided across 6 categories. Select the effect which you want to add and tap on Record button to start shooting video. 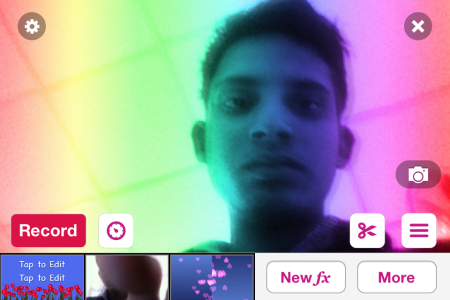 After shooting the video, tap on the Stop button to stop it. After this, you can either go back to the home screen of the app or re-shoot/edit it before saving it. To share the video tap on the option at the right of the image. 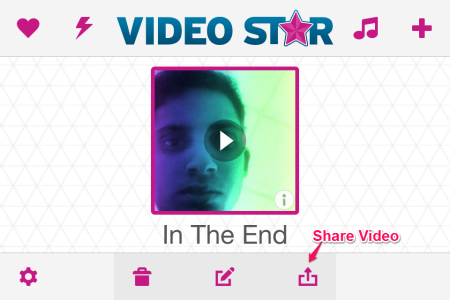 You may also like this free iPhone camera app Retrica for adding FX effects to the photos reviewed by us.

I liked the Video Star camera app very much. This camera app has so many FX effects that you will either lose the counting or you will be spoiled for choices. The built-in integration for sharing the video was also a high point of this app. If you also want to create or share some cool videos, then give it a try.

Get the Video Star camera app from here.