Twitter themselves have released a tweeting app for Android devices and they call it ‘Twitter’. This free Android app opens twitter in a way that you forget that you are working on a portable device. You can get updates from your friends, favorite celebrities, industry experts and so forth. You know people’s opinion about a particular topic and use twitter, the way you use it on the desktop computer. More than just tweeting, you can view or share photos and you can search for any friend on Twitter. The real-time searching feature in this app will bring you the latest updates and news about different categories like fashion, entertainment, travel and many other similar categories. The tweeting and re-tweeting is very simple on this free twitter app. 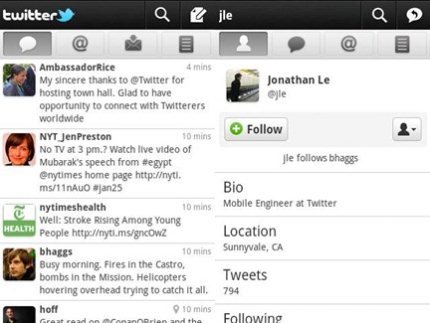 iPad users can check out Twitter Apps for iPad reviewed by us.

TweetCaster is the best Android app for handling your Twitter account. The TweetCaster app will bring you a special feature called ‘SmartList’ to smartly organize your Twitter stream. The bright and clean user interface of free Twitter Android app is very impressive and user-friendly. Being fast is the key feature of this free twitter app, it just require few seconds to log you in. You can post tweets, view or re-tweet all with lightning speed. 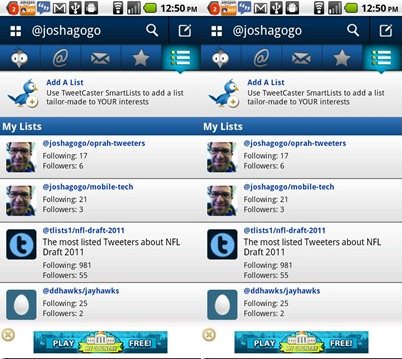 Manage all your social networking sites using a single Android app called Seesmic. This free Twitter Android app is considered to be the best, among the Twitter client for Android phones. The powerful interface of this Twitter App offers you cross posting, re-tweeting, manage multiple Twitter account, better integration for longer tweets, thread view for public and longer conversations etc. This free Android twitter app allows you to update your twitter profile on your phone with ease. Since, Seesmic support multiple account log ins, you can log in to variable Twitter accounts at the same time. In every sense, the app will be handy if you are using Android devices. 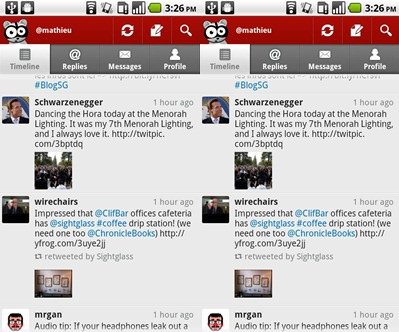 We have also reviewed Google Plus Apps for Android. You should not miss to check them out. 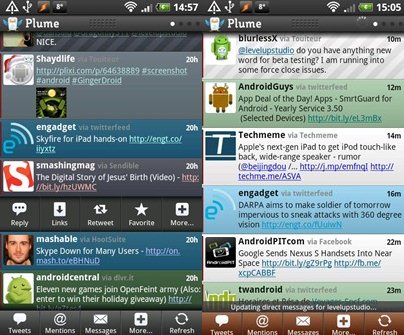 The use of this free Twitter app will let you stay connected to your twitter, no matter where you are. After logging in to the app you can find the latest tweets posted on your account and you can re-tweet or add new tweets. The improved graphical user interface of Plume will help you to operate the twitter accounts with ease.

UberSocial is another powerful app to access your Twitter account from Android devices. The easy navigation of this app is its key attraction. You can even customize the navigation feature as per your needs. This Twitter app supports multiple Twitter account at the same time. It will display the tweets in a conversation thread style to offer you a convenient view. This Android twitter app allows you to re-tweet with or without commenting. 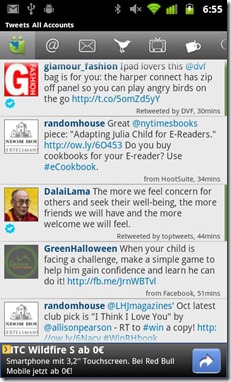 You can check out more Android Apps reviewed by us.

You can download and install any of these twitter clients from the Android Market and enjoy twitting even when you are on a journey.