You might have used many video calling apps for Android, but you can now make video calls right from your favorite messenger “WhatsApp”. No more switching to other apps to make a video call while you’re chatting with a friend on WhatsApp. 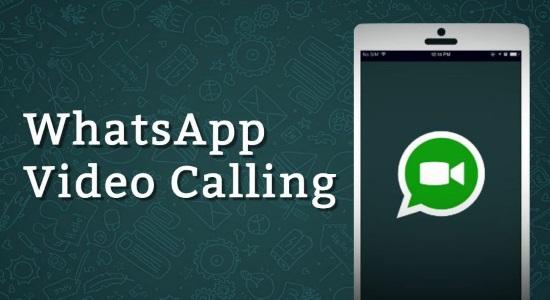 Do note that this feature is currently available for beta users only, and video calls can be made between beta users, but you can download the beta apk from here to try this feature right now.

So, let us take a look at the steps to make video calls on WhatsApp below.

How to Make Video Calls on WhatsApp:

Step 1: To get started with video calls, simply open up WhatsApp on your Android phone and then tap on any username to start a conversation. After that, simply click on the “Call” button at the top of the messenger. 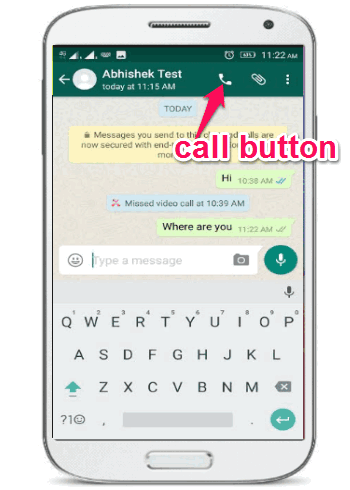 Step 2: As soon as you tap the “Call” button, a popup dialog will appear with two different options named, Voice Call and Video Call. Now, simply select the “Video Call” option to make a video call to the selected user. 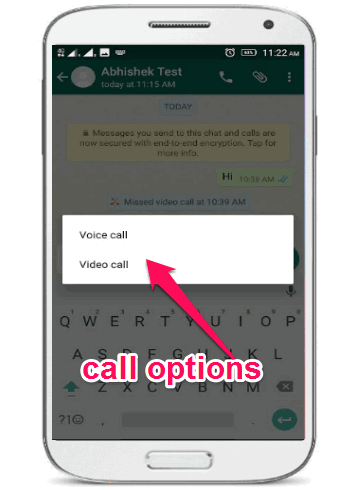 Step 3: After you select the “Video Call” option, the user will receive a video call request where he can either accept or reject the video call similar to normal calls. 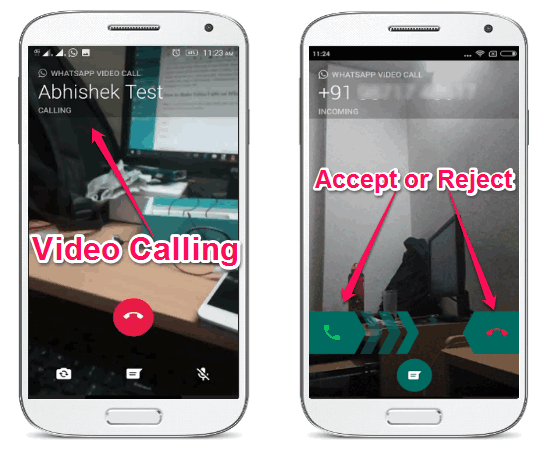 Step 4: Once the user on the other side accepts your video call, you will be able to have a seamless video chat if both the Android phones have a decent Internet connectivity. After the video call starts, you’ll see your friend’s camera on your phone screen and your own camera will appear at the bottom of the chat screen, as shown below. 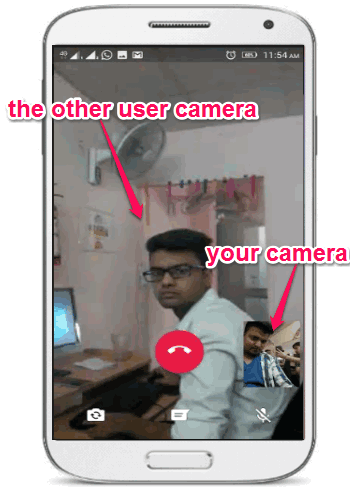 At the bottom of the video call screen, there will be three different icons using which you can toggle front and rear camera, switch to text messaging while on a video call, and mute audio.