Besides testing the read-write performance, the freeware also lets you test the Endurance of the drive’s lifespan. All using a single mouse button. 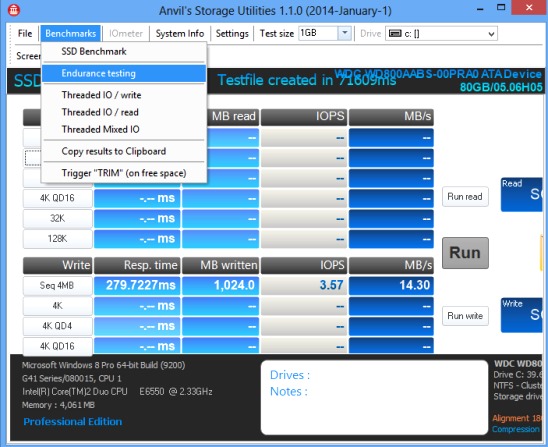 You can then save the generated tests reports either by copying them to clipboard, or take a screenshot of the reports and save them as JPG or PNG file. The freeware also lets you alter the freeware’s settings, that includes choosing the compression percentage, enabling the MD5 hash value check, and specifying the read-write IO operations in seconds.

Anvil’s Storage Utilities is a pretty good freeware for performing the PC benchmark test. Everything is automatic, all you have to do is click a single button. The freeware is basically made for the advanced users, and the regular users might find the interface and information a bit confusing. Though the buttons and tabs are pretty much self-explanatory, but proving some information about them, while hovering mouse over the tabs and buttons would have helped a normal user.

The freeware is portable, so no need of altering the Windows Registry. As I said above, everything is pretty much automatic, making you do the minimal work. Once, you get a hold of the interface then, it becomes too easy to use. The whole freeware is divided into tabs and their respective buttons. The tabs consist of: File, Benchmark, IO meter, System Info, Settings, Test Size, Drive, and Screenshot. 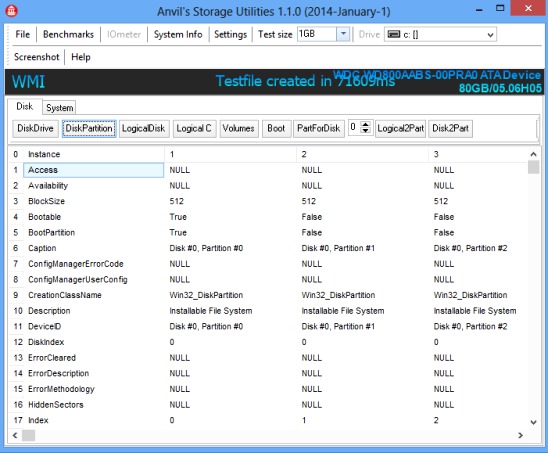 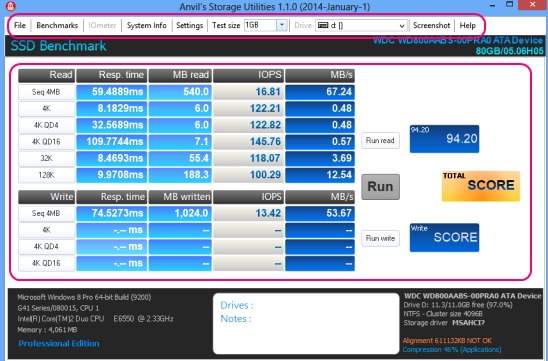 The SSD Benchmark test, basically tests and gives information about the Drive’s read and write capabilities/performance. The information includes: MB read, Response time, speed in MB/s, and IOPS (input-output operations per second). You can run separate Read and Write test, or you can run test collectively. Simply click on the respective Run button. The freeware automatically collects the information and fills them in respective field. You can then click on Screenshot tab to take a screenshot of the report. 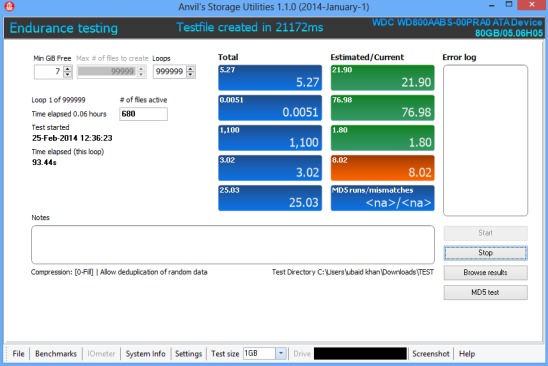 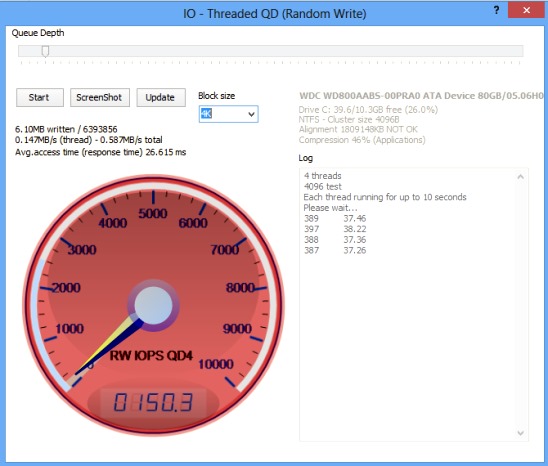 The threaded IO/ read-write basically lets you run threaded tests on any of the drives in terms blocks. You can raise or lower block size and take the screenshot of the tread benchmark test report. Simply select the desired drive using the Drive tab drop down, and then choose test size in terms of GB using the Test size tab, and perform desired benchmark test, using Benchmark tab.

Here are some other good PC benchmarking software, you might want to check: DiskBench, HARDiNFO, and Sandra Lite.

Anvil’s Storage Utilities is a good enough PC benchmark software. However you have to be patient while the freeware tests the drives. Also, it does needs to add some help to make the normal users understand and use the freeware. Other than these, the freeware is good option to go for. It’s functional and pretty much effective.