In this article, I will show how to add third-party shortcuts to Google Assistant. Google is bringing deep integration of assistant to third-party apps that allows users to create a custom shortcut for various app activities. This feature is now available to all Android devices with Google Assistant.

For example, let’s say you have to check your Twitter notifications. Instead of saying “Hey Google, Open Twitter app” and then tapping the notifications, you can just create a shortcut and say “Hey Google, Twitter Notifications” and the same would be opened for you. Currently, there are 30 top apps from the Play Store that let you create custom shortcuts with Google Assistant and more to come. Any third-party app developer can build assistant shortcuts in their app with App Actions. 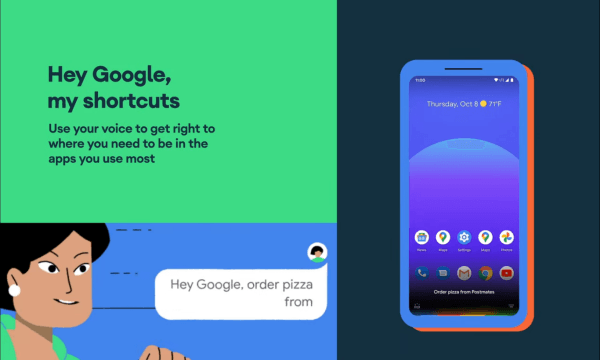 It is simple to add third-party shortcuts of supported apps to Google Assistant. To do that, first, open the Google App on your device. This brings your feeds on the screen. Now, navigate to the “More” section from the bottom to get to your account settings. From the account settings page, tap on the “Settings”. 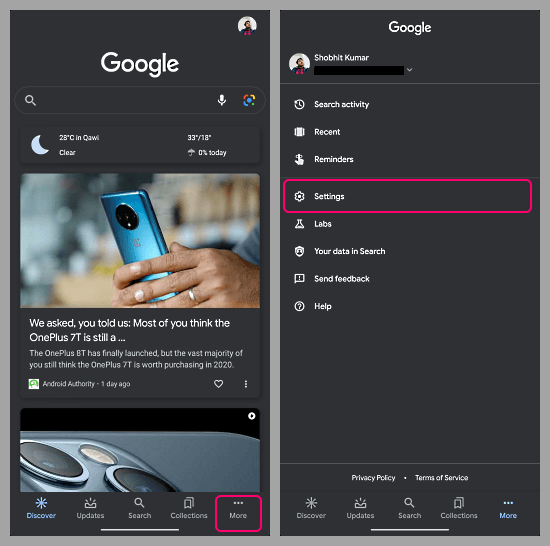 Tapping on the “Settings” brings various options to your screen. You have to pick the “Google Assistant” from that. This brings you a list of all the assistant related settings. Scroll the list to the bottom and look for “Shortcuts” and tap on it. 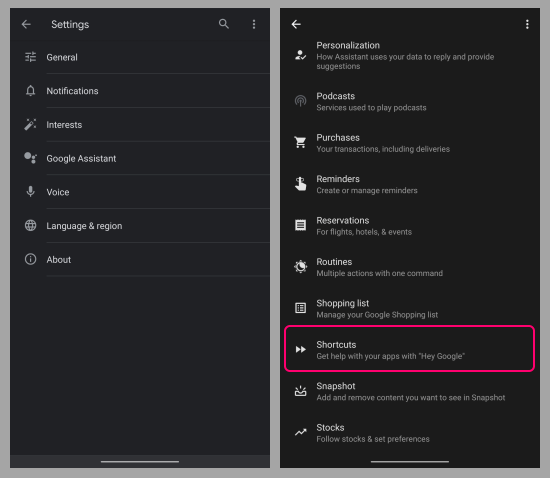 “Shortcuts” is where you can access all your third-party shortcuts with Google Assistant. It has an Explore tab where you can see the supported apps. You can tap on an app to see all the shortcuts it offers and then pick a shortcut and customize it to make it yours. 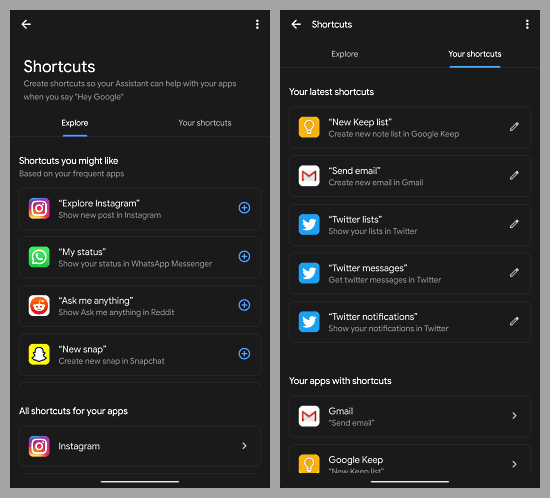 When you add a shortcut, it appears in the “Your Shortcuts” tab where you can edit to customize the trigger command. You can also delete a shortcut from here if needed. 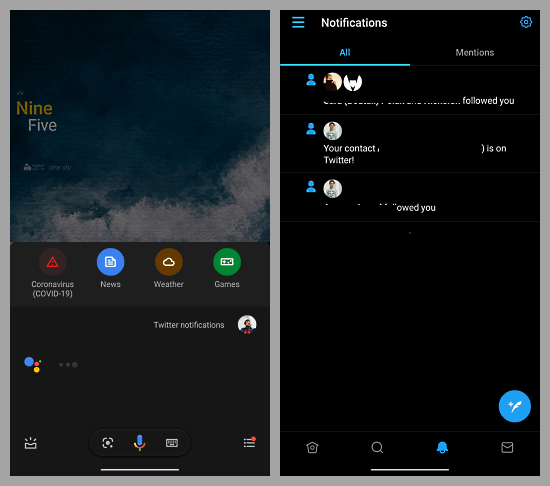 After adding a shortcut, you can just say that command to Google Assistant and it will run the respective action for you. In my case, saying “Twitter Notifications” to the assistant does open the Twitter app and then show me my notifications.

This is how you can add third-party shortcuts to Google Assistant. After Siri shortcuts, this is one of the most asked features and now it is available in Google Assistant too. You can just create shortcuts for your favorite apps and activities and use those instead of manually navigating to the same.