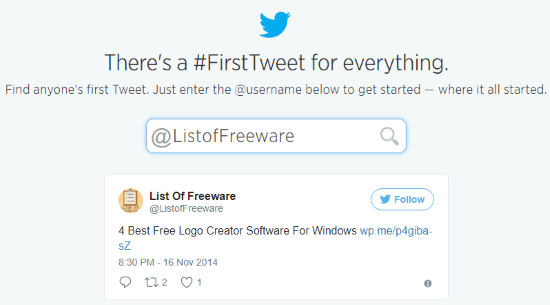 Step 1: The first thing you would need to do is visit the “Twitter Discover” homepage. After that, you will see an input field at the center of the window. In the input field, you can enter the Twitter username of whom you want to find the first tweet. 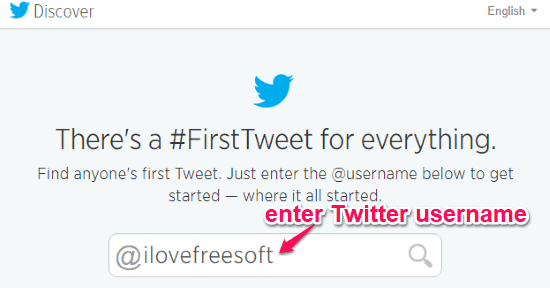 Step 2: While typing the username, you don’t need to include the “@” symbol, as it is added by default. After entering the Twitter username, simply hit the “Enter” key to proceed.