BlueStacks for Mac is a free application that allows you to run Android apps on Mac. There are set of apps and games on Android that have no versions for Mac OS X. Using this application, you can enjoy mobile games and apps on your computer’s large display. 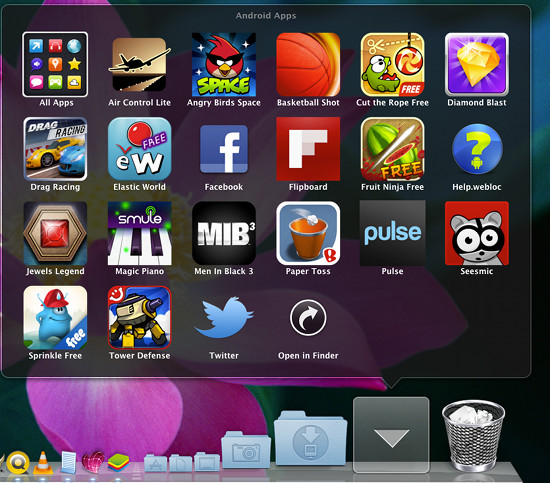 After you have installed the application, you will be able to see a folder as shown in the screenshot above. Now, when you click on a particular application it will launch a window. This is the main window of the emulator. If you are running an application for the first time then it will take some time. Once it is loaded, you can run and switch between applications in a jiffy. 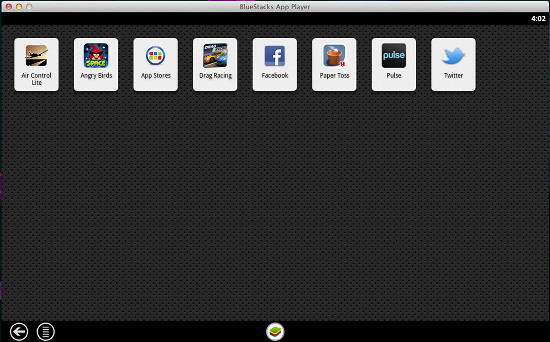 Once you run the BlueStacks emulator, then the list of applications that are installed on it are seen as shown in the above screenshot. To get to this view just press the home button of the emulator (Which button performs what functionality is shown below). In this manner the developers have kept the system quite similar to that of Android operating system.

How install BlueStacks for Mac:

To download BlueStacks for Mac, click here. After you have downloaded the file, double-click on the file, now a window will come up with a package file in it. Install this file to get BlueStacks on Your Mac. BlueStacks is also available for Windows, if you want to run Android apps on Windows then follow this link.

BlueStacks is a good application and the Android apps does not lag or misbehave, while running on this emulator. But for now, the only and the biggest problem with this application is unavailability of Android applications. Just 24 applications is too low in number.

The usability of this application will be determined by its ability to run Android apps. But if there are not enough apps available, then this makes this application sort of less useful. Anyway, the developer team is working towards this problem and they are saying that by the time this application comes out of its development phase, it will be supporting around 400,000 Android application. 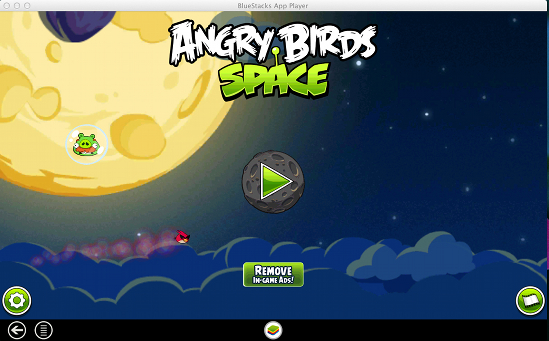 The best thing that I found useful about this application is that I could play AngryBirds Space and Cut The Rope for free. As you might know that both of these apps are paid on the Mac App Store. Currently it is going for $4.99 each, but it is totally free on Android, and hence I can enjoy these paid applications for free by using BlueStacks for Mac.