By Arun Bundela on May 25, 2014 Android
Editor Ratings:
User Ratings:

Open Mic + for Google Now is a free app which gives you access to Google Now anywhere in the phone. You can say ‘Okay Google’, shake the device, or wave your hand over the proximately sensor to activate Google Now. Without this app you will have open up the Google Search and then you can start given commands; Open Mic + for Google Now makes things much more seamless. By using this free app you effectively get the much talk about Touchless Controls on the Moto X. Google Now is a very intuitive feature on Android and the ability to launch it without even a single touch makes it even better.

You can get Open Mic + for Google Now for your Android device from the link or QR code provided at the end of this article. Once installed, simply launch the app and you will have the interface as seen below in front of you. Here the app explains that PocketSphinx is better as it saves battery and is faster. However, if you use Tasker commands or you are going to speak the hotphrase in different language then use Google. I chose PocketSphinx option as it is more battery efficient. 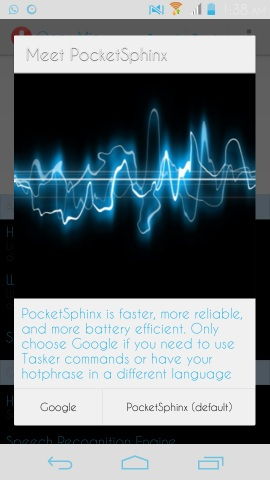 Now you will be able to interact with the main interface as seen here. To start the Open Mic+ for Google Now simply tap on the green play button, Open Mic+ will be active, as seen below. 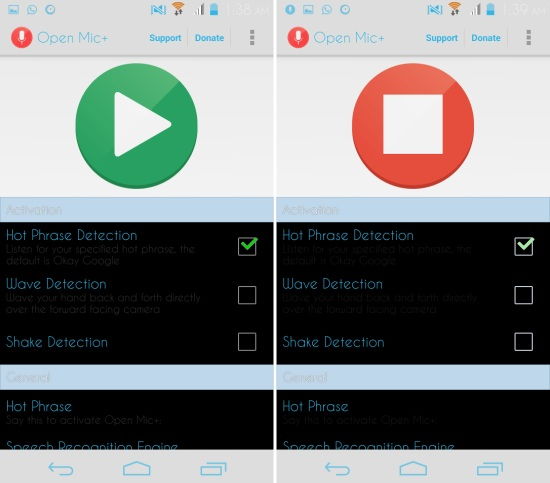 Now can say ‘Okay Google’ anywhere on your phone and Google Now will come up to take your commands. You can also activate wave detection and shake detection by putting a check mark on these options. 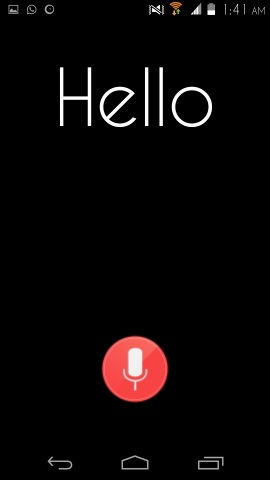 Open Mic+ for Google Now even gives you the ability to change the hot phrase, simply tap on the hot phrase option and enter the hot phrase of your choice. Other options such as start on boot, listen while charging, read text messages, and more help you to customize the experience offered by Open Mic+ for Google Now. One of the best features of this app is that you can activate the ‘listen while screen is off’ option and then you will be able to wake up your device and give commands to it without even touching the phone, just like Moto X’s Touchless Controls. 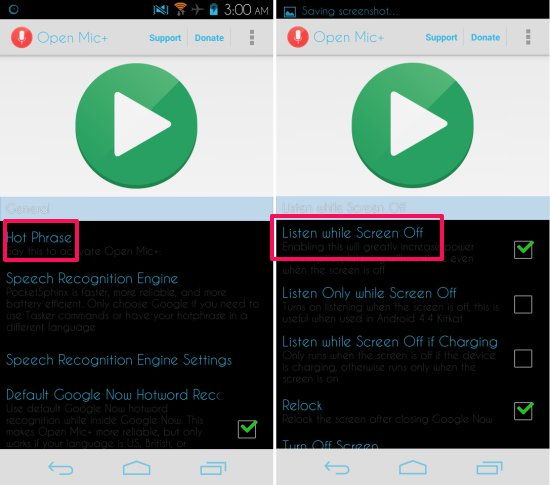 Open Mic + for Google Now is a great app if you like using Google Now. I found myself using Google Now more than usual as all I had to do is speak and I did not even need to touch the phone. You will have little more battery consumption than usual if you are using the always on feature. This simple app gives you Moto X’s touchless controls for free on your device.

Also try out DynamicNotifications and get Active Display just like Moto X.

Get Open Mic + for Google Now from here or scan the QR code below. 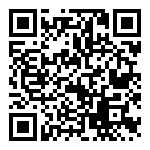