This tutorial explains how to set custom brightness and orientation for each app on Android. Ratio by Blloc is a minimal launcher for Android that has this feature. This is monochrome launcher that it low on resources and extremely good-looking. It allows you to set custom brightness for each app. Along with the brightness, you can set custom orientation and even put an app to mute automatically as well. This launcher organizes you apps as cards same as you see on Windows 10 start. You get a lot more other features in it that you will like.

Ratio is however invite only app and only supports limited Android phones, mostly high-end phones. You will have to request invite code in order to install it. But I am sure that it will be shortly available in Google Play Store. With that being, if you get access to Ratio then you will be able to use the cool features that it offers. But in this particular post, I will only talk about how you can use this launcher to set custom brightness and orientation.

How to set Custom Brightness and Orientation for each App in Android?

As the motto of the startup that made this launcher, you will realize that they mean what they have claimed. It is indeed a minimal launcher that also optimizes your battery life. So, if you get the app after your invite is being accepted then you can start using it. For my, it took about a month till I get the invite code and link to the app.

Now, you just give it all the permissions and let it categorizes the apps for you. After that, you will have the final home screen of your phone as shown in the screenshot below.

Now, you just expand the app drawer and select an app for which you want to set custom brightness. To do that, you just long press on its icon and then a panel will show up with a lot of options. You just set the custom brightness here after enabling it. 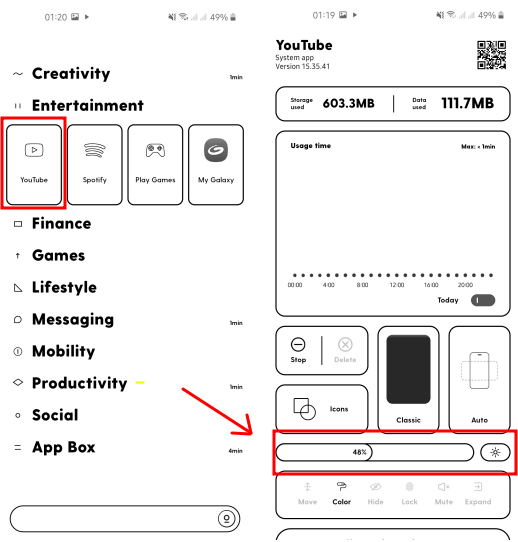 Similar, you can also set the custom orientation for a certain app as well. Just long tap on an app’s icon and then you can just set the orientation for that app. This is as simple that. 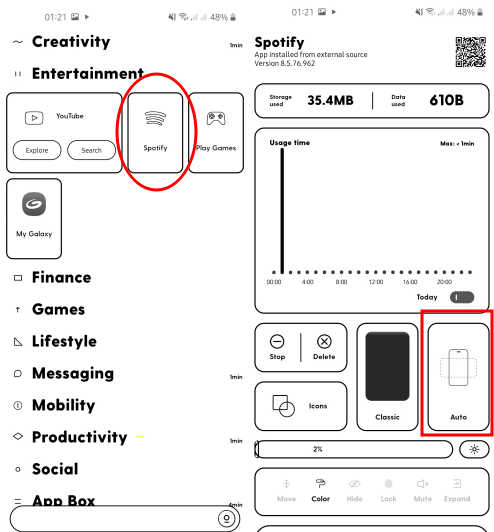 In this way, you can use this simple app launcher to set custom brightness and orientation. This is very simple and is useful in many cases. And you can later disable these custom settings as well if you want to. There are some other nice features in the app as well that you will like and I will suggest you to explore them.

If you use various apps with different apps and manually set brightness again and again then you can now stop doing that. Just switch to the Ratio launcher and you will get the custom brightness and orientation as built-in feature. I liked the launcher for its simplicity and other features that it has. I hope they add more cool features in the coming updates.