We use our computers not only to accomplish a multitude of productivity tasks, but also for storing all sorts of confidential information. For this reason, it becomes all the way more important to ensure that the data stored on our computers is secured against all kinds of unauthorized access and any attempts to do so.

Now, all modern Operating Systems (including the freshest Windows 10) include robust security features such as multi-level accounts and passwords that do a pretty good job of preventing unauthorized access to the data stored on the computer. But what if you want to increase the security factor even more, say, by encrypting the entire disk? That would be great, right? 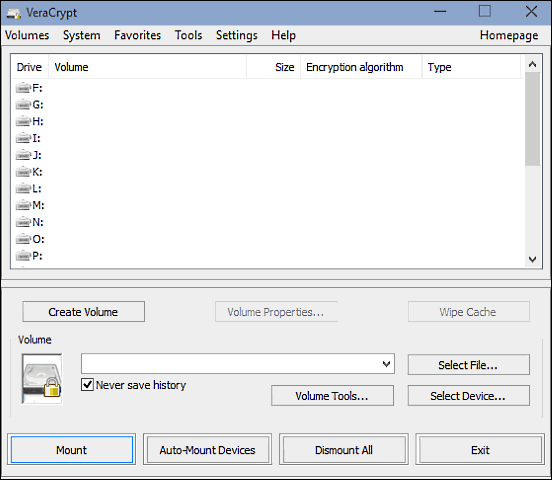 If you want an ultra-powerful disk encryption software that’s just about perfect, you want VeraCrypt. Built upon the source code of the incredibly popular (but now defunct) TrueCrypt, VeraCrypt includes a vast array of robust encryption features. For the purpose of disk encryption, the application uses established encryption algorithms (AES, Serpent etc.), and increases the number of iterations performed by them multiple times. This makes volumes encrypted by VeraCrypt immensely secure against brute-force attacks. The basic functioning of the program is pretty simple, and it works by creating multiple encrypted volumes, which are further secured by passwords and key files. These encrypted volumes can then be only accessed once they are mounted via the program itself, using available drive letters as mount points. The content that is stored on a mounted encrypted volume is automatically encrypted as well. And once you’re done, simply unmount the encrypted volumes. What’s more, VeraCrypt can also be used as a portable application. 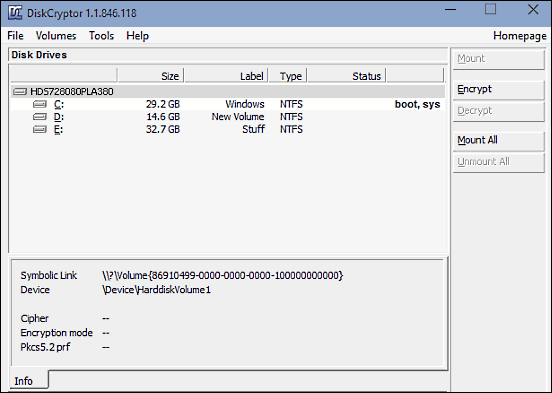 Simple, easy and most open source; these are just a few of the many standout features of DiskCryptor. It’s a lightweight disk encryption software that works the way it’s supposed to, without throwing tons of unnecessary options in your face. The core functioning of DiskCryptor is pretty much the same as VeraCrypt; you choose a partition, and encrypt it using one (or more) of the encryption algorithms (AES, Twofish etc.) supported by the application. DiskCryptor can also use multiple encryption algorithms in conjunction with each other for encrypting disk partitions. To further strengthen the encryption, you can also specify passwords and key files, which are then hashed with the encryption algorithm(s) used. Once done, you can simply mount the encrypted partitions at one of the available mount points to access them. But that’s not all. DiskCryptor can also be used to create encrypted DVDs, ISOs, and even flash drives. Heck, you can even encrypt system partitions and bootloaders with this thing. You can also configure DiskCryptor to securely wipe the contents of encrypted volumes. 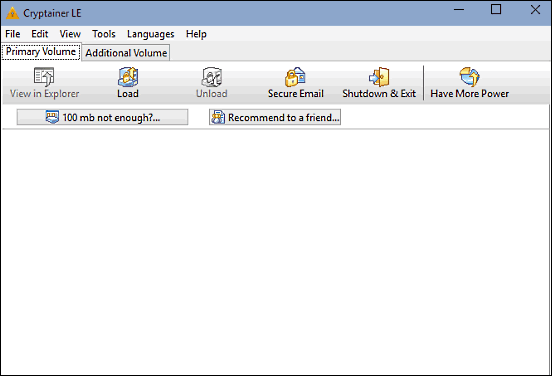 If all you need is a simple encryption software that can encrypt small files, and don’t want to deal with the (possible) hassles of creating and dealing with large encrypted volumes, Cryptainer LE will suit your needs just fine. Although the basic functioning of the program is pretty much the same as other applications on the list, Cryptainer LE is a easier to use overall. You can create virtual volumes, called vaults, that can be encrypted using one of the two available encryption algorithms (AES256 and Blowfish448) and passwords. These encrypted volumes when mounted, appear as regular drives in the File Explorer, from where the data stored on them is accessed. Everything stored on a Cryptainer vault is automatically encrypted. An interesting feature of Cryptainer LE is that you can transfer encrypted vaults (or volumes) from one location to another via removable media. It’s as simple as straightforward as disk encryption can get. However, a limitation of Cryptainer LE is that it can only create encrypted vaults of up to 100 MB. If you want more, you have to upgrade to the paid version. 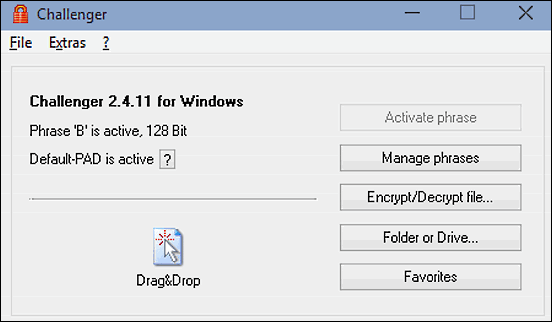 Although it might initially seem like a regular disk encryption software, the way Challenger achieves encryption makes it quite different from other applications like it. Extremely simple to use and super effective, Challenger employs the concept of “phrases”, which can be considered as passwords, except that they are not. In context of the program, a phrase is like a secret key that you use to access the program and all the features associated with it. Now, this might sound similar to a password, but the fact that a phrase can be a sentence comprised of multiple words separated by spaces, alone makes it unique from a password. Challenger lets you manage up to eight phrases, with each acting as a separate encoding channel. These phrases can then be used for performing different tasks like deleting encrypted content, changing critical program settings, and things like that. Out of these, two phrases are “masterphrases”, which can be used to create secondary keys as well. Obviously, you can specify your custom phrases as well, using the phrase management section. Apart from that, the working of Challenger is pretty simple. You can encrypt individual disk drives, or even files/folders. Challenger can also be used to work with USB drives, and Windows integration makes it super simple to use.

Modern Operating Systems include fairly capable tools to ensure the security and integrity of the data stored on our computers. However, for those who want their confidential information to be extra secure from anything and everything, the above-mentioned disk encryption software should come in really handy. Try them out, and let me know which one(s) you find the best in the comments below.