Aqua Thief+ is a Windows 10 treasure game app where you have to help aqua thief collect coins underwater and avoid the aqua cops in the process. The game is easy to play initially but after a few levels it becomes quite challenging. There are lots of levels to play and you can unlock powers as you go through levels.

The Windows 10 treasure game app can be downloaded from the Windows 10 store or from the link given at the end of this article. When you start this app you will come across an interface as shown in the screenshot below. 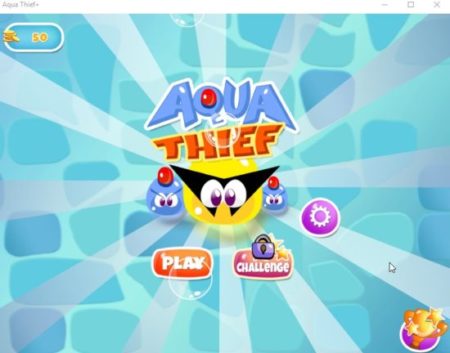 Click the play button to start the game. You will be shown the level selection screen, as shown in the screenshot below. 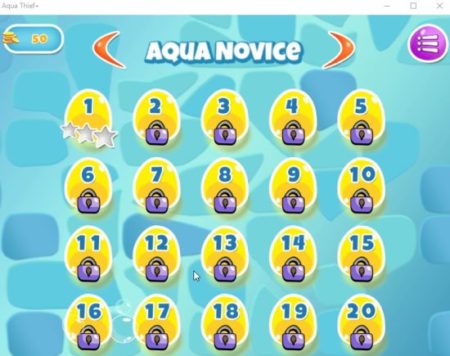 Start with level one as all the other level are locked and can only be unlocked when you complete the current level. Click on level one and you will be shown the objective of the game, as shown in the screenshot below. 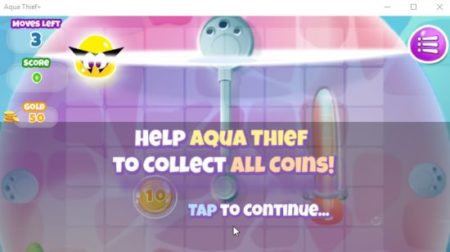 So aqua thief needs to collect all coins that are found underwater. Tap to continue. Now you will be shown the game play, that means you will see a screen which will show you how to collect the underwater coins. This can be seen in the screenshot below. 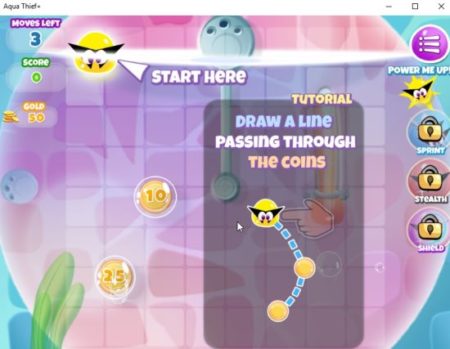 As you can see to collect coins you have to draw a line from the aqua thief to the coins. Sounds pretty simple doesn’t it. But wait till the aqua cops come into action. Then the game becomes a whole lot more challenging. 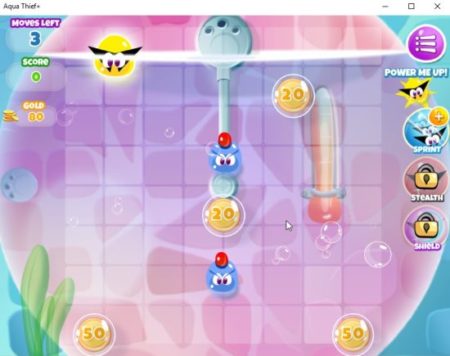 On the screenshot above you can see the aqua cops with red circles on them. They are patrolling the waters and if the aqua thief gets in their way then he is busted. So you have to make sure that aqua thief does not cross paths with the aqua cops.

After a few levels you get power ups like sprint, shadow, and shield to help you race against the aqua cops and obstacles. There is also limited number of moves in each level. If you are able to complete a level in one move then you get 3 stars and the number of stars reduce with each extra move. 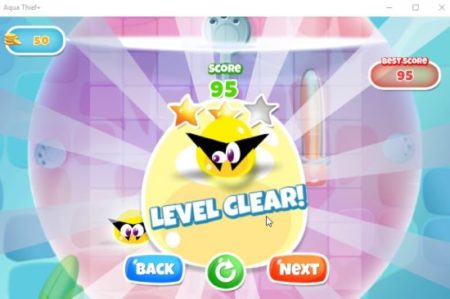 The level up screen looks like the screenshot above. Where it will show you the number of stars you earned and your score. Click the next button to go to the next level.

Aqua Thief+ is a fun game app with a unique game play where you have to collect coins underwater and stay clear of the aqua cops as well. The game seems easy to start with but after a few levels it does get challenging. You get power ups to help you out and each level has limited number of moves to complete the objective. The game play is lot of fun and you should try it out as well.