Treasure Maze is a Windows 10 platform game app where you have to help the king find his lost treasure in the maze. To find the treasure you will have to climb ladders, ropes, jump around, fight enemies, etc. Collect all the gold, gems you find in your way and when you find the treasure chest use a special tool to open it up.

The Windows 10 platform game app can be downloaded from the Windows 10 store or from the link given at the end of this article. When you start this app, the app will start in full screen mode, because that is the best way to play this game. But you can also play in snapped mode if you like. The home screen of the app is shown in the screenshot below. 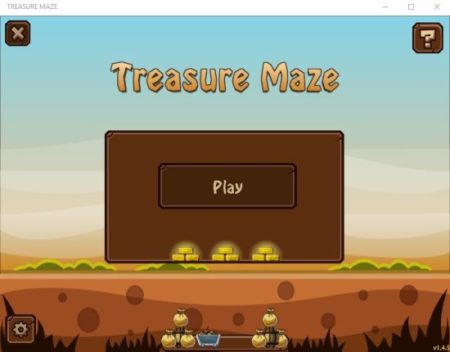 When you click the play button on this screen you will get a window showing the controls of the game, as can be seen in the screenshot below. 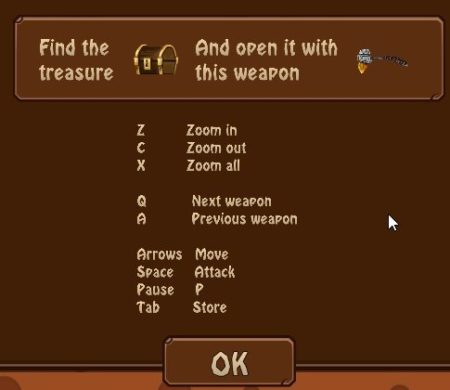 The controls of the game will be shown to you on a screen like the one shown above. You can use the arrow keys to move around, use the space bar to attack, P button to pause the game, tab to go to the store, Q & A for weapons, and Z, C & X for zoom in, zoom out.

Move on to the next screen which is the game play screen, shown in the screenshot below. 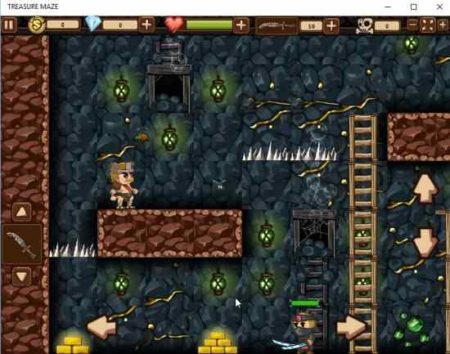 You have to navigate the king to find his lost treasure. On the left side of the window is the weapons that you can scroll through and use. Top of the screen shows how many gems and weapons you have left. Keeping these in mind start your journey. 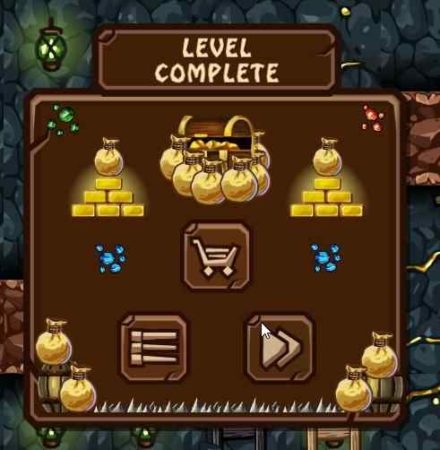 When you are able to find a treasure chest and you open it up, you will get a level up window like the one shown above.

Treasure Maze is a exciting game app where you have to find the treasure hidden inside a maze. You have to move through the maze by climbing ladders, jumping, fighting guards, etc. You have various weapons at your disposal, to fight with the guards. But the weapons are limited in number, once you run out of them you can use the gold and gems you collected on your way to buy more weapons. The game is quite good, but the video ads become a bit irritating. You will see a video ad playing after every level, or even after a failed level. Apart from that, the game is quite fun to play.