Similar to some of the other WhatsApp tricks, you don’t need any third-party app to perform this trick. You can actually send unsupported files via WhatsApp by simply renaming them with the file extension “.TXT”. 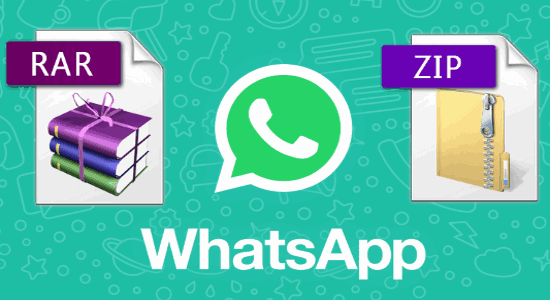 Now, let me explain all the required steps to send unsupported files via WhatsApp on Android.

How to Send Unsupported Files in WhatsApp without Root on Android:

Step 1: To get started, simply open up the file explorer on your Android phone. After that, navigate to the unsupported file which you want to send via WhatsApp. Then press and hold on that file and tap the “Dotted” icon at the top. Once you do that, you will see a “Rename” option on the menu which you need to select to proceed. 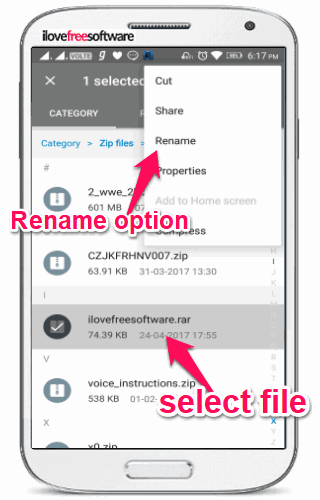 There are many files which WhatsApp doesn’t support like EXE, APK, ZIP, RAR, etc. But, to demonstrate how this trick works, I will use a sample RAR file in this tutorial.

Step 2: After you tap on the “rename” option, a popup dialog will appear where you will be able to rename the file. To rename the file and make it compatible for WhatsApp, you would need to add “.txt” at the end of the file’s original extension. For example, if the file name is “abc.rar“, then you have to rename it as “abc.rar.txt“, or simply “abc.txt“. 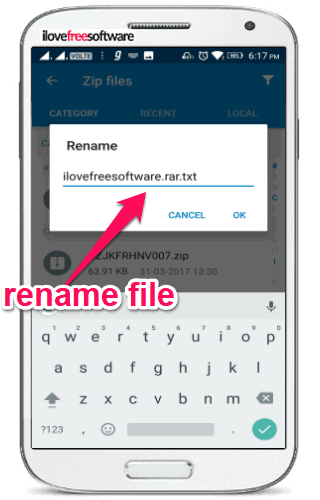 Step 3: When you’re done renaming the file, you can go ahead and send it to others via WhatsApp. You can either select the renamed file from the file explorer or directly select it from WhatsApp chat. 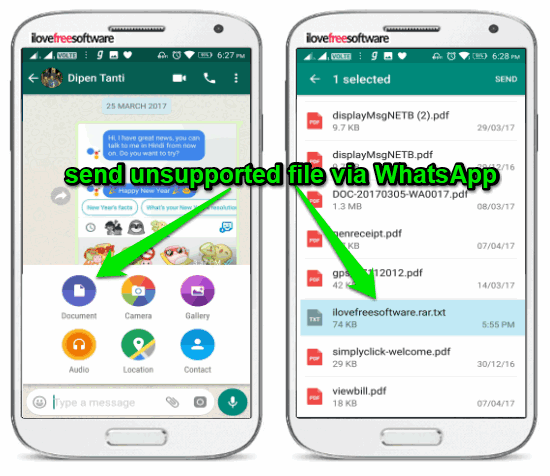 Once you send the file, the recipient will not be able to directly use the unsupported file. To make the file usable, the recipient would need to rename the file and remove “.txt” from the end of the file name. As soon as he/she renames the file, it will automatically restore to its original file format.

So, if you have been looking for a way to send unsupported files via WhatsApp, then this tutorial is what you need. I have explained some simple steps using which you can easily send files which are not supported by WhatsApp. No more worrying about how to send an APK, EXE, ZIP, RAR, and other files types via WhatsApp.