This article covers a simple way to play multiple videos at once in the VLC Player. As you all might be aware of the basic essential features and popularity of the VLC media player. But, do you know that unlike other video players, you can even play multiple videos at the same time on the VLC application. To activate this feature, all you need to do is some basic changes that are listed in the below section.

Sometimes, you might need to play two or more video players such as doing a comparison between two similar videos, examining CCTV footage and many others. Suppose you have created a video for YouTube. And to check its performance you need to open another video on the same screen. In that case, you will find that many video media players don’t support this feature. And then you would search for an application to perform the task. So, rather than trying it tomorrow, read it today and know how to do it. 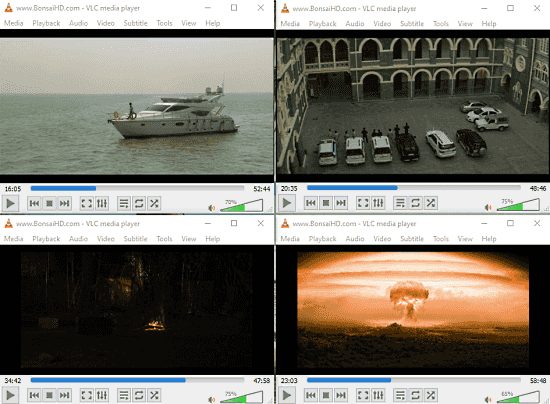 How to Play Multiple Videos at once in VLC Player?

The VLC media player comes with lots of interesting features free of cost. One of the most exciting features is that it supports to play multiple videos at the same time. However, this option is by default disabled in the application. To enable it, follow the steps given below: 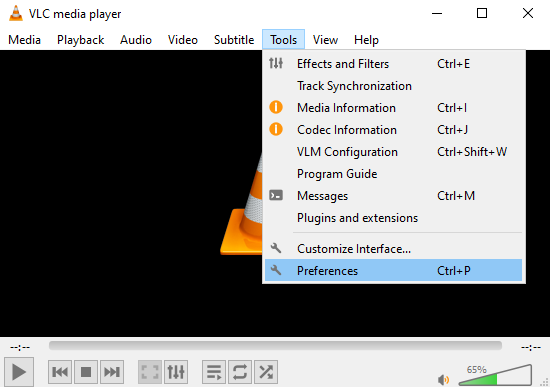 Step 1: First, you need to launch your VLC Media Player. There is a menu bar at the top of the windowpane. Click on the Tools menu and then select Preferences from the context menu. Alternatively, you can also use Ctrl+P simultaneously to perform the respective task. 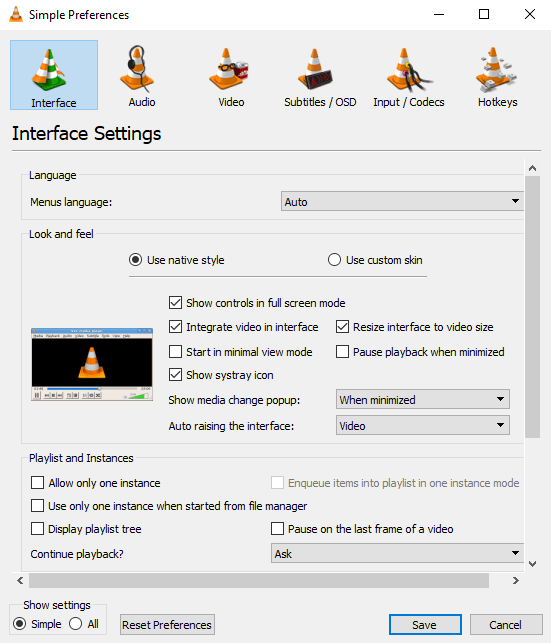 Step 2: On the next screen, locate the “Playlist and Instances” section from the Interface menu. Once you find, uncheck the first two option i.e., “Allow only one instance” and “Use only one instance when started from file manager”.

Step 3: Finally, move the mouse pointer at the bottom of the page, click on the Save button and that’s it. The steps are accomplished and you’re now well familiar with the way to open multiple Videos simultaneously in VLC Player. 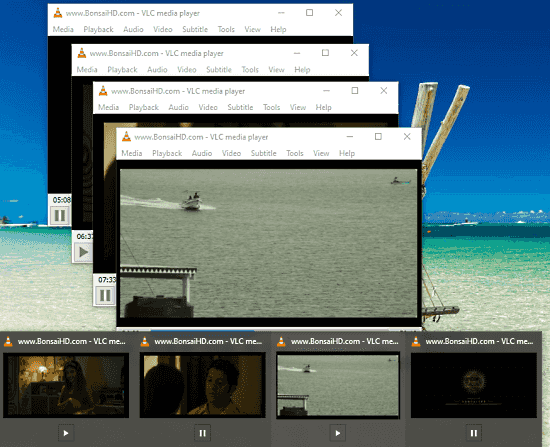 When you play multiple videos at the same time in VLC Player, the playback preview on the taskbar also runs in the hidden mode. It appears when you hover the mouse pointer on the VLC application icon (available at the taskbar). You can also control the media preview video by tapping on the play or pause button on the taskbar as shown in the above snapshot.

Along with many other impressive and exciting features, the VLC media player also lets you play multiple Videos at the same time. Since it is an open-source application, you don’t need to pay a single penny to perform any task. The process to enable is quite simple and straightforward. Apart from this, I have used several other applications, but they strongly allow only one video at a time such as the Windows media player.