CarbonFolder is extremely easy to use. When you start the program, you go to the wizard like interface where you start by creating a new project. In this, you specify the 2 folders that you want to sync. After that, you specify whether you want to sync both the folders with each other, or just one of the folder with other. Then you start the sync process, and you are done. For syncing folders across multiple computers, you can try dropbox alternatives. 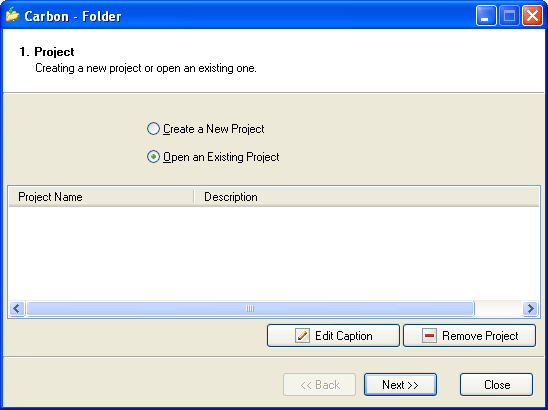 You can save the project that you created, and pick the same process to do the sync in future.

As I mentioned in the beginning, CarbonFolder is good enough for occasional syncing. However, it does not gives the option to setup automatic periodic syncing. Also, it is limited to syncing folder between Windows computers only (that too if you can access remote folders as your local folder). There are free software to sync folders between Windows and Linux computers if you want that.

Other free folder synchronization software that you can also try are: FileSync, and File Synchronizer.