Update: The “Alfredo” bot seems to have stopped working. 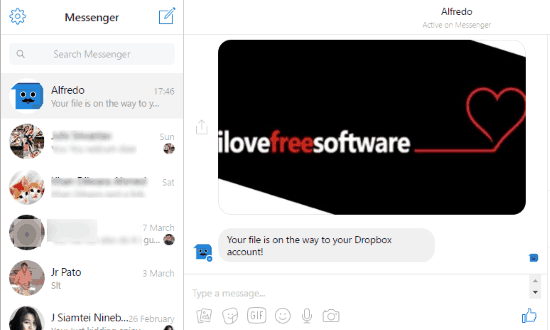 How to Upload Files from Facebook Messenger to Dropbox:

Step 1: The first thing you need to do is click on this link to integrate the “Alfredo” bot with Facebook Messenger. After the bot is integrated, you will see a new username “Alfredo” on the chat list that will help you upload files to Dropbox. 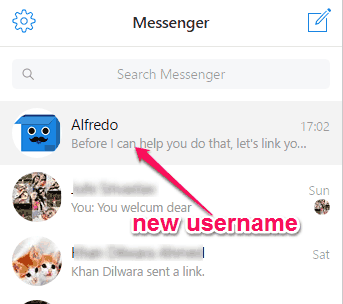 Step 2: Now, simply click on “Alfredo” on the chat list to start a chat session. When the chat screen appears, it will ask you to link your Dropbox account first. To do this, you need to click on the “Link my Dropbox” option, as shown below.

Step 3: When you’re done linking your Dropbox account, you can now start using this Facebook Messenger bot to directly upload files like photos, videos, documents, and more to Dropbox. To upload a file from Facebook Messenger to Dropbox, you can either send a file to Alfredo or forward anything from the existing conversations. To send a file, simply click on the “Photos” icon at the top of the message input field and then choose the files which you want to upload to Dropbox. 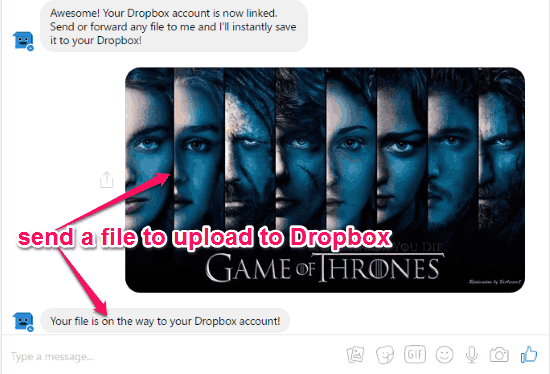 As soon as you do that, it will automatically upload the files to Dropbox. All the uploaded files will be stored in the “Apps → Alfredo” folder in your Dropbox account. The destination folder is automatically created after you link this chat bot with Dropbox.