This tutorial explains how to update Notion pages from Slack. Here I will mention a simple app, Slack to Notion that you can connect to a Slack workspace and a Notion database. Later, you can activate that app from Slack and update the Notion database easily. You only have to connect Notion just once. After that, you can launch the app when you want to update a sheet, list, or some other kind of data.

Notion offers Slack integration but the reverse is not supported yet. And this, someone created this third-party Slack app which you can use. It generates a UI depending on the database/page to update on Notion side. Also, this is in beta stage now and sometimes it has server connection problems. While authorizing this app to access your Notion account, you can let this app access all the pages or just the specific ones.

How to Update Notion Pages from Slack?

It is very simple to use this app. You can go to its homepage here. From there, you have to authorize your Slack account first. So, make sure that you are signed in to your Slack account and then proceed with the authentication process. 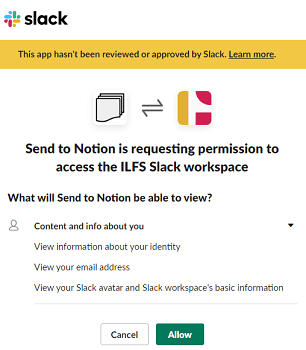 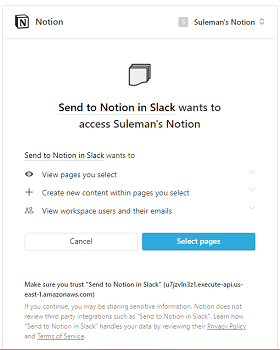 Now, when the connection has been made to both Slack and Notion, it is time to use it. You can see the status of the connection on the homepage of this app. 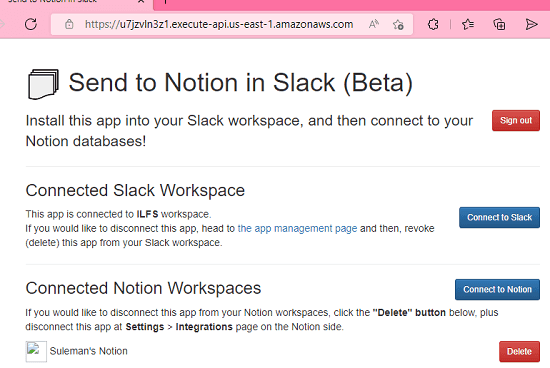 Open Slack and go to any channel. Run the following slash command and hit enter. A popup will appear and you can use this to update a database on Notion 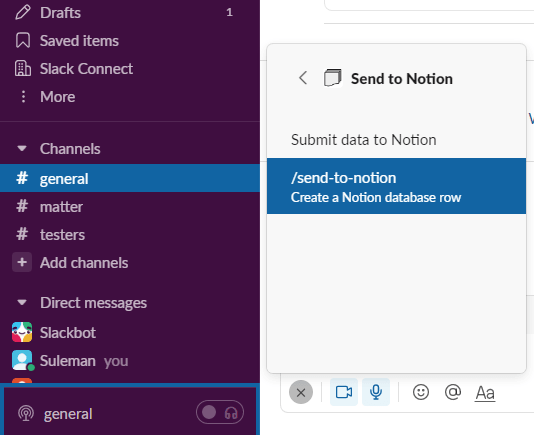 Enter the name of a database. After selecting a database, you add the data that you want to add. Hit the “Submit” button and then it will update the data in the specified database on Notion. This is as simple as that. 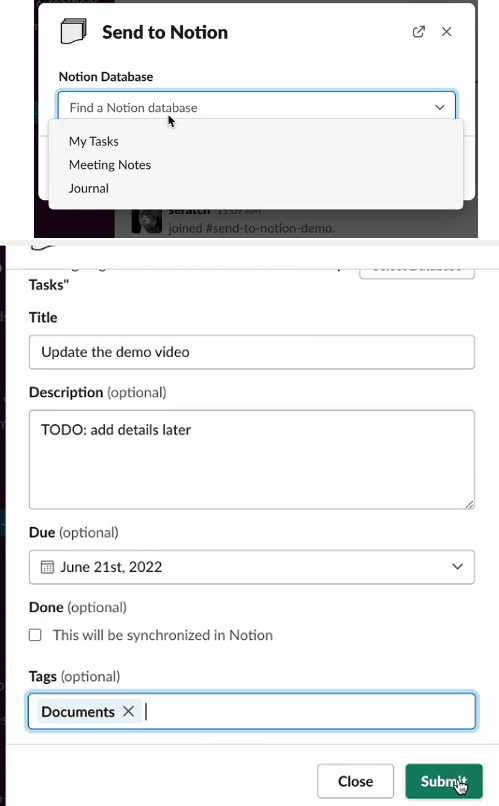 In this way, you can use this simple Slack app to update Notion pages or database from any Slack channel. You and your teammate can use this easily as all they have to do is issue a very simple command. When you no longer need this app, you simply delete it from Slack and remove the connection from its homepage. Also, do not forget to revoke its access to your Notion databases.

If you switch keep switching between browser tabs to update data from Slack to Notion then you can now stop doing that. Just use the app mentioned here and once you authorize your Notion account; you can update data without opening the Notion website. It makes the data update very easy for Slack users. And in the later updates, I hope it offers more flexibility and other features.