In this article, you will see how to turn Google Forms to Chatbot. The questions and answers are turned into a chat which can be shared with anyone. So, the person can fill and use a Google Form like a conversation. Like a chatbot assists a person by giving preset answers to pre-defined questions, a Google Form can also be converted to a chat. The other person can get started and the first question is presented to him/her along with choice of answer (if it is a multiple choice question). The person can also write answer manually depending upon the type of question.

To turn a Google Form into a chatbot, I am using a free service, named “Chat forms“. It provides a very simple interface where you can convert a Google Form to chatbot with two clicks. Once the output is ready, you can share its URL with others or use it personally. 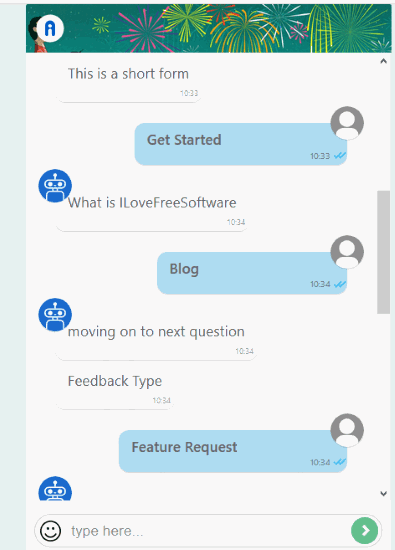 In the screenshot above, you can see that a Google Forms is turned to a chatbot. It automatically adds some text by itself which makes it more useful. For example, when the first answer is submitted by the person, then it will type “moving on to next question” which makes conversation alive.

How to Turn Google Forms to Chatbot? 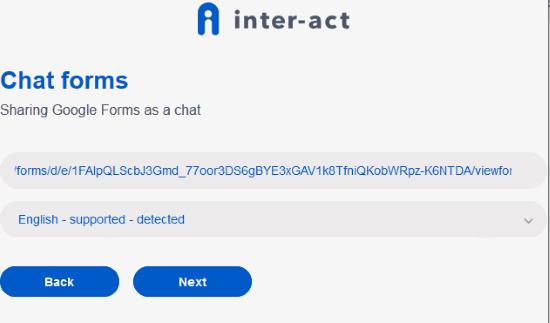 Step 2: Proceed further with the help of Next button and it will generate the chatbot using your Google Forms. It takes a few seconds only.

When the chatbot is ready, It will give you three options: 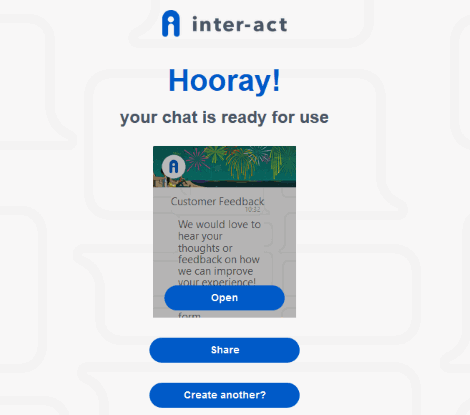 Use the options as per your needs.

Those who want to create chatbot for Facebook Messenger, they may check this article covered by us.

The service is pretty good to turn Google Forms to chatbot. The best part is just two simple steps are all you need to create chatbot using Google Forms. Try it.