This tutorial explains how to play Shazams in Spotify from browser. Shazam doesn’t show the Spotify URL of the song on its web interface and if you want to add that then you can do that. Here I will talk about a free Chrome extension, Zamify which lets you play your Shazams from the browser. It adds an additional Spotify icon in front of your Shazams on its online version. You can click on that icon and play that song in Spotify on your PC. However, here you will have to sign up with your Spotify account in order to make it work. 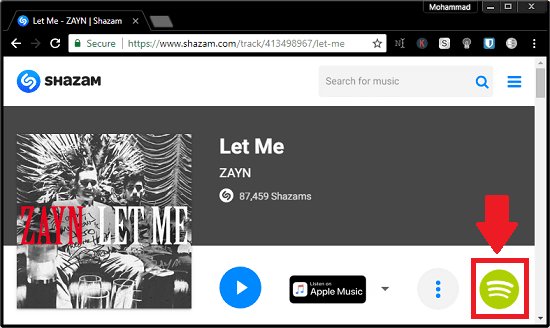 How to Play Shazams in Spotify from Browser?

Zamify is a simple extension that you can easily install and use. After installing it, you just have to sign in through your Spotify account in order to make it work. This is because, Spotify doesn’t allow unauthorized calls to its API.

Here are some steps to see how to play your Shazams in Spotify.

Step 1: Install Zamify Chrome extension from here. After that, a window will appear, asking you to sign in via your Spotify account. Proceed by signing in and allow this extension. 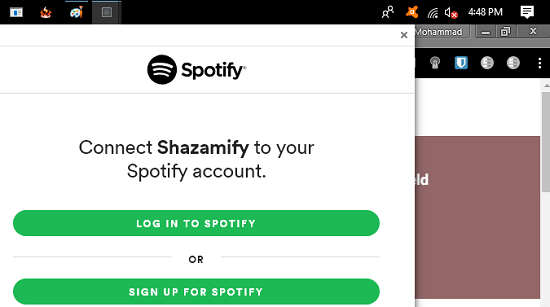 Step 2: Now, open any Shazam and you will see a Spotify icon on its page. By clicking on that icon, it will open Spotify app on your PC. Next, you can play and listen to it. 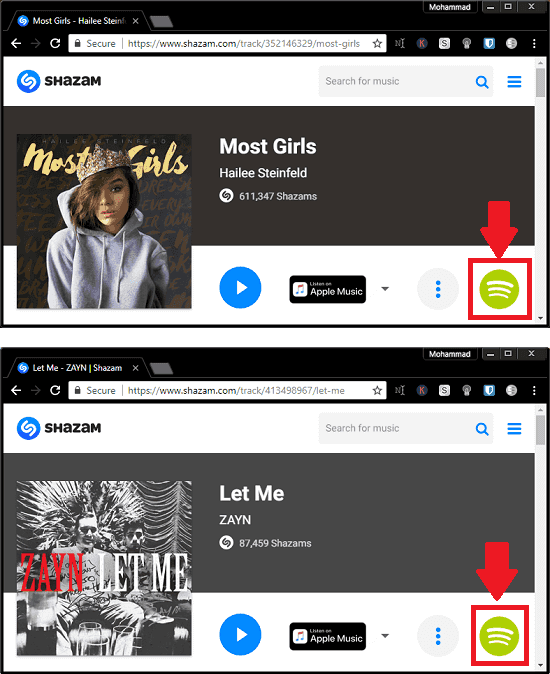 That is how you can easily play Shazams in Spotify from browser. Zamify is a very nice extension for Chrome that lets you do that. After opening the first song, you can mark the “Always open this kind of links” option and then you will be able to open Shamzs in Spotify in just one click.

I don’t know why Shazam hasn’t added the link to Spotify on its page, but if you want that then you can do that. Zamify is a nice Chrome extension that can easily play any song from Shazam in Spotify. And the best part is that it can do that in just one click.