Eternity Warriors 3 is a free Fighting Game for Android in which you have to save the world from being taken over by evil forces. You are the hero in this game and you have to kill demons that have come to destroy the village.

In this Fighting game, you have to complete each level as soon as possible by killing all the demons in that scene. You can choose any of the 3 powerful avatars, each of which have their own special super powers, to explore and save three unique kingdoms. The game is challenging and requires some skills to play. 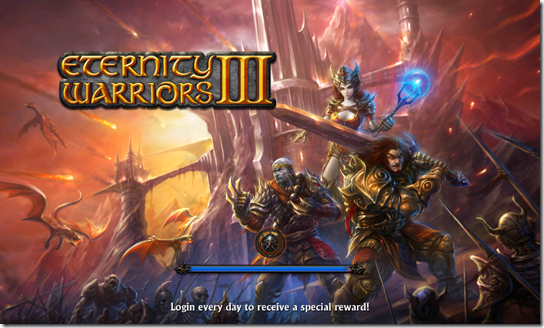 Key Features of this Fighting Game for Android: 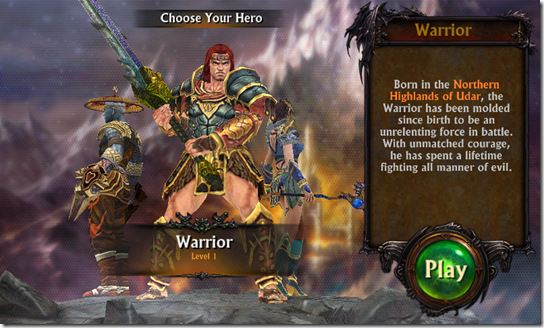 Check more Free Fighting Games for Android, that have been reviewed on our website.

This fighting game for Android can be downloaded on your Android device by scanning the QR code that is given at the end of this review. You can also use the Google Play store link to get the app. Tap the app icon to launch the app. Choose your avatar: Warrior,  Monk , or Maze and tap on Play to start the game.

The controls of this game are really simple. You have to tap and hold the Round button displayed on the bottom left corner of the screen with your left thumb. Now move your thumb just a little in the direction you want to move the avatar. Leave the button to stop the avatar. 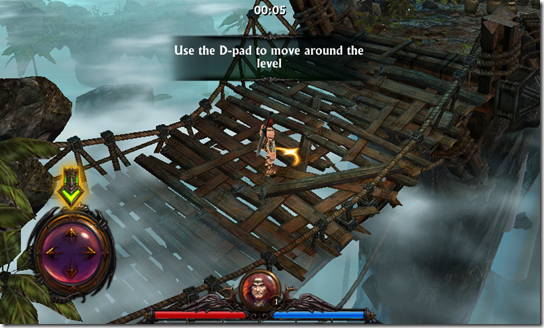 Your avatar is the hero of this fighting game for Android. You have to kill all the demons in the area before they kill you and save the kingdom from being taken over by a super evil power. To attack a demon tap the attack button displayed at the bottom right corner of the screen. Tap repeatedly to kill all the demons.

Once you have defeated all the demons of the level you are playing, you can exit the level. Before that you will also be given a rating A, B, C based on the time in which you cleared the level. Then, you can move on to the next level.

You can also play these interesting and very competitive Free War Games on your PC. 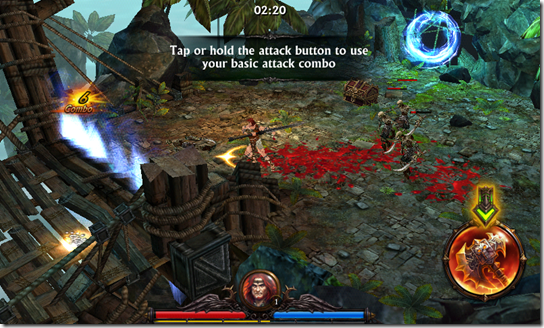 Eternity Warriors 3 is a challenging game where you have to be the hero and kill all the demons in each level. You will be judged on how fast you exit a level. You cannot exit before all the demons are killed. This fighting game for Android displays blood in an explicit way. If you are okay with it, you will like the game.

Get Eternity Warriors 3 for Android here or use the QR code given below.