Pleo is a free Android app to learn languages by watching videos. There are many other language learning apps for Android, but this one is quite distinct as it assists you to learn any new language by watching videos instead of translating text or solving language puzzles, etc. Actually, what happens is this app allows you to upload a video of the language which you want to learn, your mother tongue’s subtitle, and the video language’s subtitle. After that, it will play the video with the mother tongue’s subtitle first to make you understand the dialogue, and then with the video language’s subtitle to help you understand and learn the language vocabulary. And at last, it will play the video without any subtitle such that you can try to repeat the dialogues to practice vocabulary of the language you want to learn.

So, no more getting bored while learning new languages, as this app can help you do that in a fun and interesting way. You can simply upload your favorite movie in the language you want to learn and then use the steps of this app to learn the language. 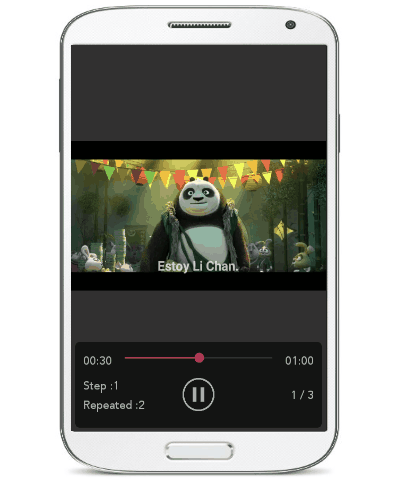 How to Learn Languages by Watching Videos on Android:

Step 2: When you open up the app, you’ll see a demo video at the top along with three different options named, Video, Mother Tongue’s Subtitle, and Video Language’s Subtitle on the main screen. There you’ll also see a “Select”  button associated with each of these three options. You can use the respective buttons to upload a video, mother tongue’s subtitle, and the video language’s subtitle. 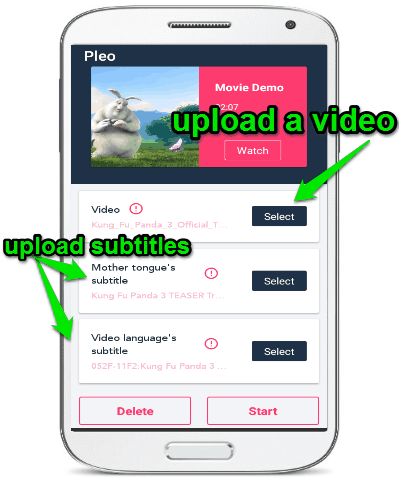 Step 3: After you’re done uploading a video, subtitles in your native language, and video language’s subtitle, simply hit the “Start” button at the bottom to proceed to the playback control screen. In this screen, you’ll be able to select a custom length of the video which you want to play from the range of 15 seconds, 30 seconds, 1 minute, 2 minutes, 3 minutes, 4 minutes, and 5 minutes. 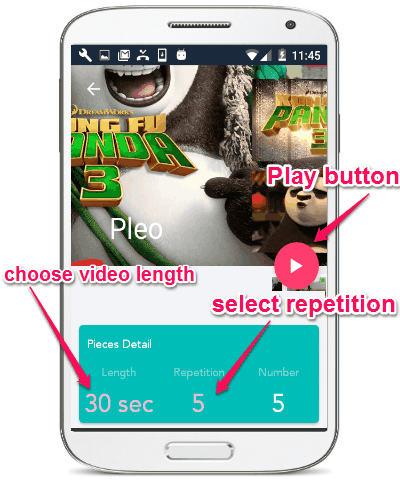 Apart from that, you can also choose the number of repetitions (either as 5, 10, 15, 20, 25, or 30 repetitions) for each step of video playback. For example, if you select 5 repetitions, then this app will play the video 5 times with your native languagee subtitle, 5 times with the video language’s  subtitle, and 5 times with any subtitles automatically.

Step 4: When you’re done choosing the video length and the number of repetitions, simply hit the “Play” button to start playing the video. At first, you can watch the video with your mother tongue’s subtitle such that you’ll be able to understand whatever the dialogues are. 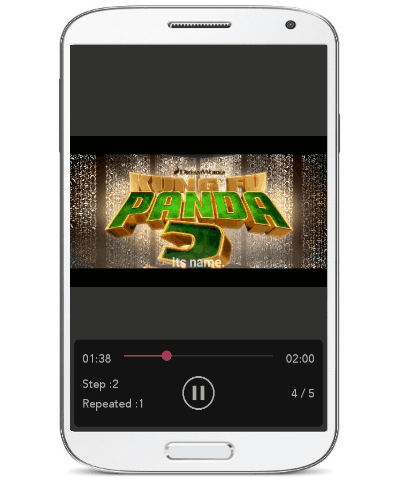 After the number of selected repetitions is complete, it will simply switch to the video language’s subtitles in order to help you learn the vocabulary of the language. At last, when the video is played without any subtitle, you can simply speak out whatever dialogues you’ve practiced and slowly you’ll be able to learn the language.

Personally, I think using Pleo is definitely an interesting way to learn languages without getting bored. No more using complex language learning software, as you can do the same right on your Android phone using Pleo. You can easily learn new languages by watching videos and not by translating text or going through lengthy lessons.

Get “Pleo” from here.