Other options will be provided to you while playing a video file. Options such as: change the view mode of player, change playing speed, and play/stop video file. Unlike other feature rich media players, neither you can create playlists, nor Bluemoon Player supports a huge list of media formats to play. 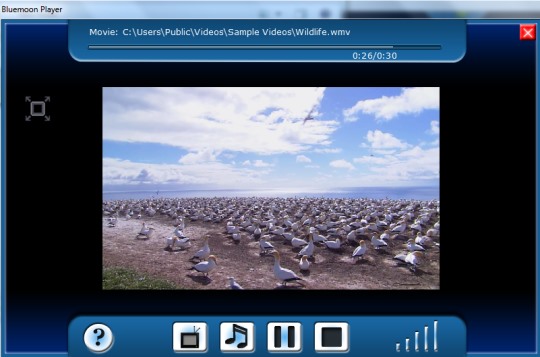 Bluemoon Player can be useful when you have to watch a full movie without any need to switch to another media file. In above screenshot, interface of this audio video player is visible.

Its interface is simple and provides four main buttons to play video file, audio file, pause current audio/video, and stop. One good feature associated with Bluemoon Player is that drag n drop support is available. So a media file can be added quickly on its interface.

As mentioned earlier, you can find some more basic options while playing a video file. Right-click on playing video and you will be able to access those options. These options are: 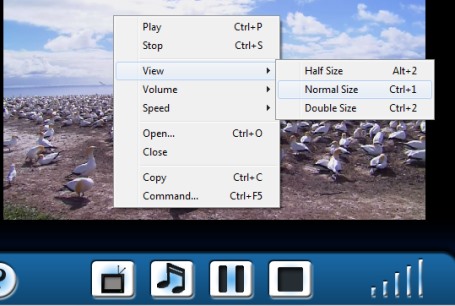 Some Key Features Of This Audio Video Player are:

You can checkout Bluemoon Player with this link.