Here are 5 free karaoke recorder apps for Android. You can use them to easily record your own karaoke version of your favorite songs. They offer thousands of karaoke tracks (free and paid) which you can play, sing, and record your own version of karaoke simultaneously. When you play any karaoke track, they will play the instrumental and also show you the lyrics such that you can keep singing in a synchronized manner. Some of these apps allow you to sing solo and also sing duets with other users. Some even let you record your voice as well as video of your singing, do editing to your vocal, etc.

To get a perfect result, make sure you use your headphone while singing and recording the karaoke song. When you’re done recording a karaoke song, you can save it on the apps and share with others. If you want to sing and record karaoke on your PC, then try out these 4 free online karaoke recorder. 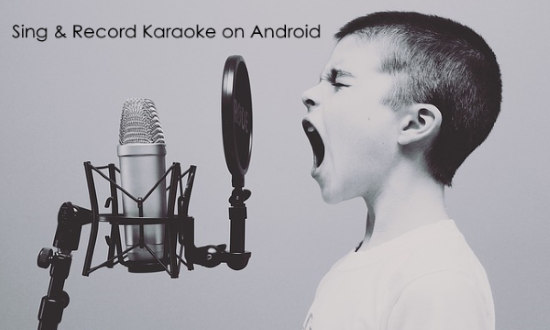 Note: The free version of all these apps have certain limitations in terms of free karaoke tracks, singing duet, etc. They even support ads unless you upgrade to the paid version.

Let’s get started with these karaoke recorder apps. 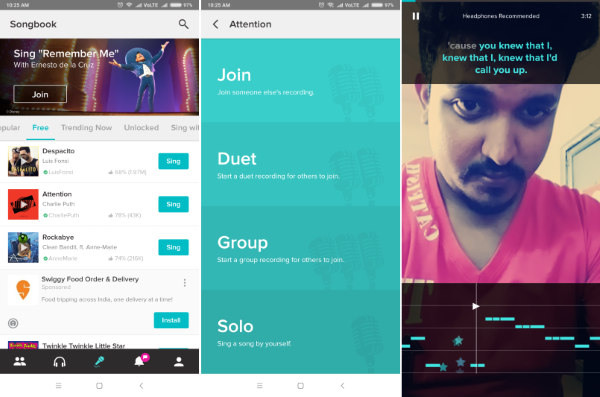 Sing! by Smule is one of the best free karaoke recorder apps for Android. It exhibits a huge collection of karaoke tracks categorized into Recommended, Popular, Free, Trending Now, etc. You can now simply find any free karaoke track and start singing it right away. It allows you to either join someone else’s recording, start a duet recording for other users to join, start a group recording, or go solo. Once you choose any of these options, you can select whether you want to record your voice only or record a video of your singing as well.

When you start playing the karaoke track, you can see the lyrics of the song on the screen along with the note timeline. The note timeline will help you sing the song perfectly in sync with the karaoke track and also without missing any note. Once you’re done recording a karaoke song, you can apply various video effects, audio effects, adjust the vocal volume, and also set the vocal match. After that, you can save it on the app (publicly or privately) and also share it with others. 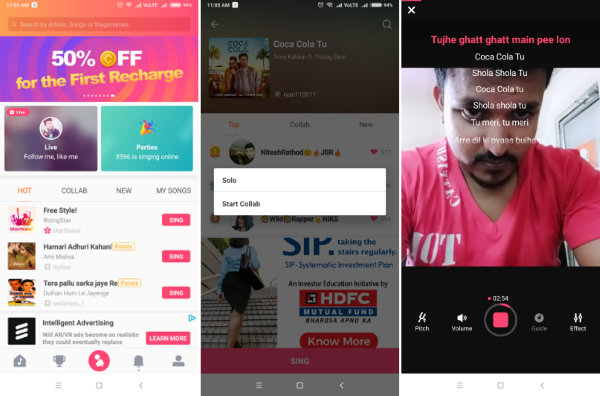 StarMaker is another free karaoke recorder app which you can use to play, sing, and record karaoke songs on your Android phone. This app also offers thousands of karaoke tracks among which you will find many free tracks as well. You can choose any track you want and then decide whether you want to sing solo or collaborate with someone to record it as a duet. Similar to “Sing by Smule”, this one also lets you record only your voice or you can record a video of your singing.

Before you start playing the karaoke track, you can also adjust the pitch volume (vocal and music), add video effects, and even apply various audio effects like Party, Auto Tune, Hall, etc. Once the karaoke start playing, you can see the lyrics on the screen and start singing in a synchronized manner. After you’re done recording the karaoke song, you can simply post it on the app or share with your friends directly. 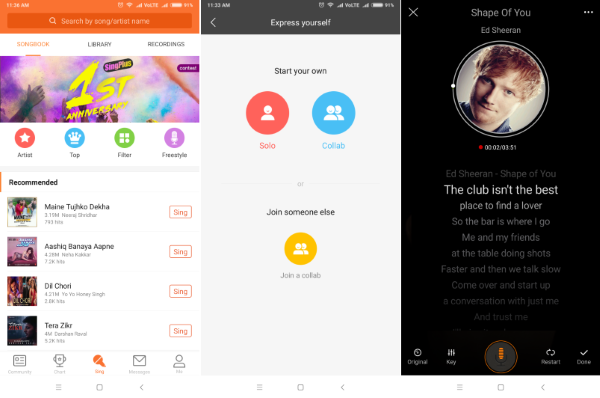 SingPlus is also one of the best free karaoke recorder apps for Android. It offers a vast library of karaoke tracks which you can listen to and sing alongside. Most of the karaoke tracks found in this app are free to use. You can also easily record your singing either as a solo artist, start a collab for others to join, or join the recordings of others. Unlike the other two apps explained above, this one only allows you to record your voice and not a video. When you play any karaoke track, it will also show you the lyrics such that you can sing in sync with the track.

You will also see some options at the bottom using which you can include the original vocal of the song to any specific part of the karaoke song, change the key, and restart the recording. once you’re done with singing and recording the karaoke, it will open up the Mixer on which you can adjust the vocal volume, karaoke volume, vocal timing and also apply stunning sound FX like Concert, Club, Rock, etc. Then you can either save the karaoke song online or export for listening offline. 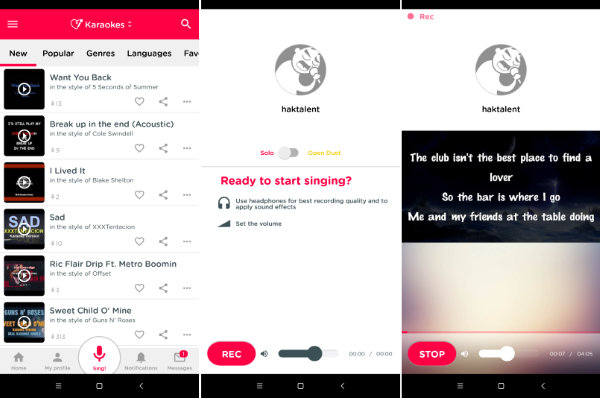 Red Karaoke Sing & Record is also a free Android karaoke recorder app which you can use to play karaoke tracks, sing your favorite songs, and record yourself. It offers thousands of karaoke tracks (free and paid) which you can play and start singing the songs. Unlike other apps, this one has some frustrating limitations in the free version like you can only record solo, record voice and not the video, no audio FX, etc. That means this app is for those who only want to play karaoke tracks and record their voice.

It actually shows karaoke version of songs from YouTube. When you play a track, it will play the lyrics video from YouTube and you can start singing and recording your own version of the song. While recording it allows you to control the overall volume. Once you’re done recording your voice, you can simply adjust the vocal volume and then save it online or share with others. 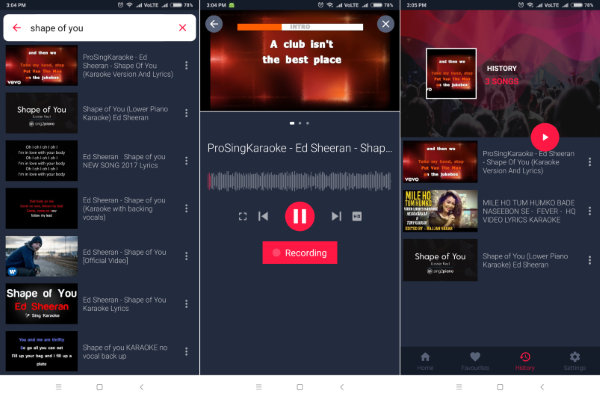 Karaoke 2018 can also be used to record karaoke songs on your Android phone. It is one of the simplest karaoke recorder apps which offers thousands of free karaoke tracks which you can play, sing, and record yourself. Similar to the “Red Karaoke” app, this one also shows the lyrics video of karaoke tracks from YouTube. You can simply search for your favorite song and then play the karaoke video. After that, all you gotta do is hit the “Record” button and start singing. There is no additional option to edit the vocal.

This app only allows you to record your voice only and there is no option to record video. It doesn’t have the option to sing duets as well. Whatever, karaoke songs you record will be available on the app and you can share them if you want directly.

So, these are some of the best free karaoke recorder apps for your Android phone. Recording your own karaoke versions of your favorite songs is now made very simple by these apps. You can easily find a karaoke track of songs of different language and add your own flavor to it.

Try them out and let me know which app you liked the most.