Dragon Guild Battle Combat is a free gems game for Android in which you need to link together three or more gems. Each gem has a super power that you get by matching the gem with other gems of the same color. These super powers strengthens the avatars and help them defeat the opponent in the battle combat at the end of each level.

This free gems game for Android has awesome visual effects and really good music, too. The game lets you connect with other players to play against them. 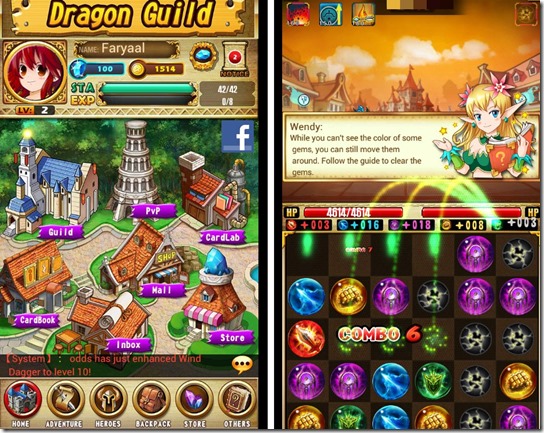 Key Features of this Free Gems Game for Android:

Note: The app is free; but it contains some paid content too. Disable in-app purchases from your device settings to avoid purchases. 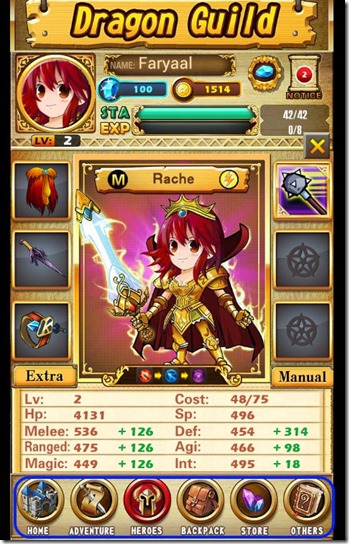 If you are an iPhone user you must play this free Candy Blast Mania game for iPhone.

Download this amazing free Gems Game for Android with the help of the Google play store link or the QR code given at the end of this review. Once the app is installed, launch the game by tapping the app icon.

This game is very interactive and has many exciting features. You will be guided step by step on how to play this game. The game rules are really simple. You just have to match same colored gems.

The interesting part is that you can move any gem to any place except if its blocked with stone or chains. As you match gems, your avatar will get power.

At the end of the game, the avatar will fight the opponent with the powers you had gained during the app. If your avatar is able to defeat the opponent, you will move on to the next level to face more battle combats.

There are five colored gems in this game, each having a special power (see screenshot below) that you get if you match three or more same colored gems. 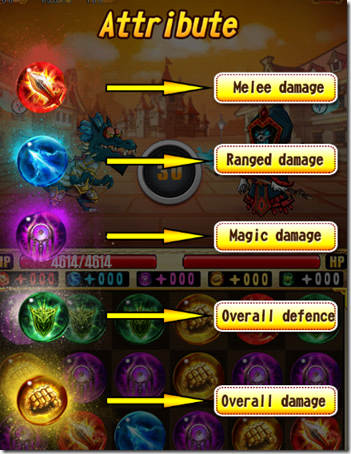 If you use Windows 8, then you may play matching games like, Monsters Collapse or Zulu Star on your Windows 8 device.

In Dragon Guild Battle Combat, you can select magical items. You can create a guild and play Guild Wars in this free gems game for Android. You can also connect with other players to play against them in the PvP Arena.

To access game options, game rules, or tutorials, simply tap on the ‘Others’ icon displayed on the bottom panel. Explore the game yourself by playing different levels. 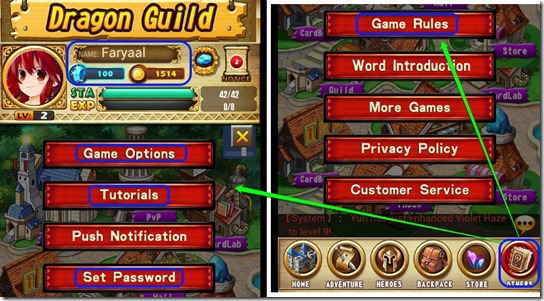 Dragon Guild Battle Combat is a very interesting gems matching game. It is simple to play, but the fight at the end of each level is worth watching. Super powers and visual effects make it much more exciting then other gems matching games.

Get for Android here or use the QR code given below.