FlipPix Art – Zoo is a Windows 10 logic puzzle app where you have to color some tiles and break some tiles to reveal the picture hidden behind. To determine which tiles need to be colored and which need to be broken, we go with math. There are numbers given with each row and column to indicate which row has how many colored tiles. You have to take those numbers into account and then decide which tiles need to be colored.

The Windows 10 logic puzzle app can be downloaded from the Windows 10 store or from the link given at the end of this article. When you start this app you will be shown a interface like the one shown below. 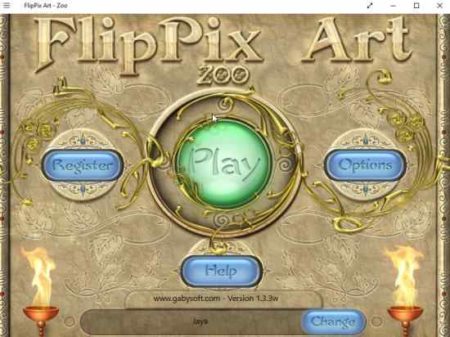 On this page click the options button to select which difficulty grid you want to play. A screenshot of this is shown in the screenshot below. 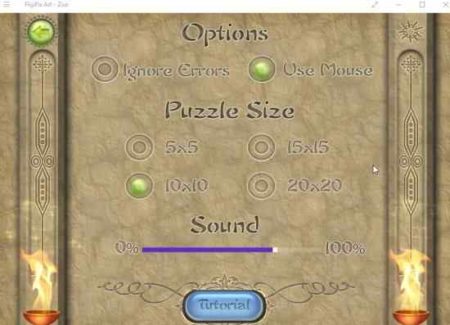 Choose a puzzle size from this screen. It is wise to start with the easiest one which is 5×5. Once you get a grip of the game then you can switch on to other ones. If you are playing the game on your laptop, using a mouse select the use mouse option at the top. You can also increase or decrease the sound of the app. At the bottom of the page is a tutorial button which will give you a short tutorial on how to play this game. Go through it to know the basics of the game.

After this return to the home page and click the play button to start the game. Once you do that, you will get a screen with lots of question marks. These are different games in the level. Start by clicking on any question mark. The games screen is shown in the screenshot below. 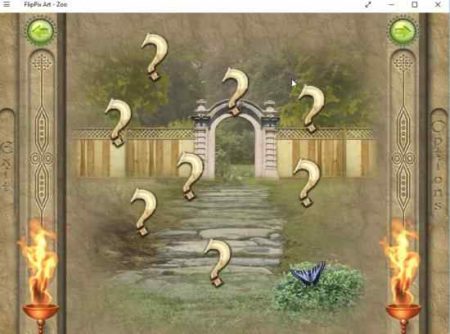 Clicking on a question mark will bring up the game play screen, which can be seen in the screenshot below. 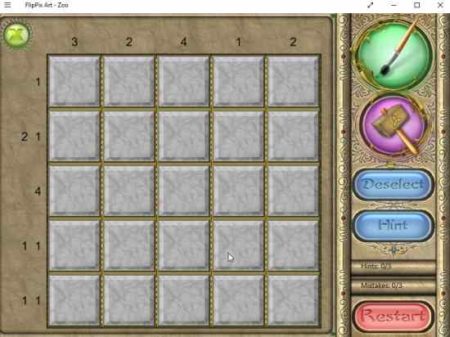 Right side of the screen shows you two options the first one with a brush is the paint option and can be used to paint the tiles. The second is the hammer icon which is used to break the tiles. Below that is the hints button, which offers you 3 free hints in each game. Also if you commit 3 mistakes, then its game over for you. Click restart button to start the game from the beginning. 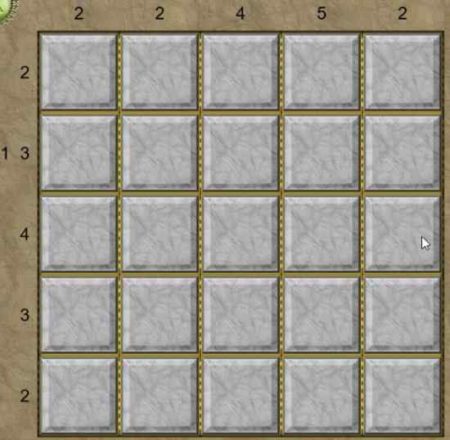 So in this grid the numbers correspond to the number of tiles which are colored in a particular row. For example, in the above grid the last row says 2 which means there are 2 colored tiles in this row which are together. Start with the biggest number, the second last column says the number 5 on it, that means all the tiles in that column are colored. So you can simply select the paint icon and color all the tiles. Second row where the number is 1, 3 means that there is one colored tile then there is a space and then there are 3 more colored tiles together. Reminds me a bit of Sudoku game app that I love.

FlipPix Art – Zoo is a real fun game app. Once you get the hang of it, you won’t be able to stop. It is addicting like a Sudoku puzzle game app. Just follow the numbers given with each grid and you can solve the puzzle easily. When you get to 10×10 grid and higher, that is when the real challenge begins. Do give this app a try, its definitely worth it.