Let’s talk about our favorite game of Sudoku. A lot of people love playing the game almost everyday. For someone like me solving a Sudoku puzzle everyday is part of my routine. Sudoku is a fun game which can help you improve your memory as well. Its a very popular puzzle game and offers various forms of difficulties. So let’s look at some Sudoku apps which all of us can enjoy on our Windows 10 devices.

Below are Sudoku apps for Windows 10. 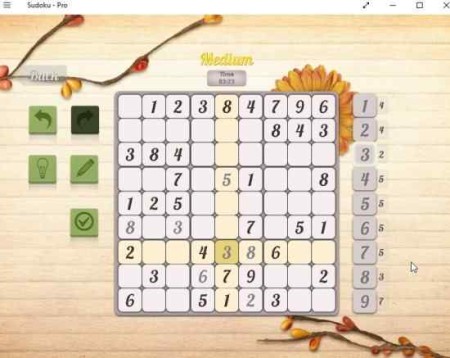 Let’s start with the first Sudoku puzzle game app called Sudoku Pro. This game app has a nice interface and offers you 5 game modes which are easy, medium, hard, hyperSudoku and expert. It also offers you a tutorial at the beginning of the game. The app also offers you hints, undo, redo, etc. options during the game. You can also change the background of the game window to something nice as can be seen in the above screenshot. The games also have a draft mode to help you out. 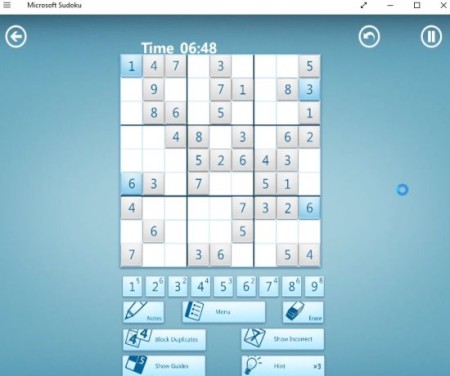 This Sudoku app is brought to you by Microsoft with 5 difficulty levels very easy, easy, medium, hard, and expert. The Microsoft Sudoku game interface is pretty simple and provides you with other features like daily challenges, leaderboards, statistics, tutorial, Xbox integration, etc. Also, you get hints at places you are stuck, shows duplicate values or incorrect values, etc. There is also a notes section where you can make notes about the puzzle. 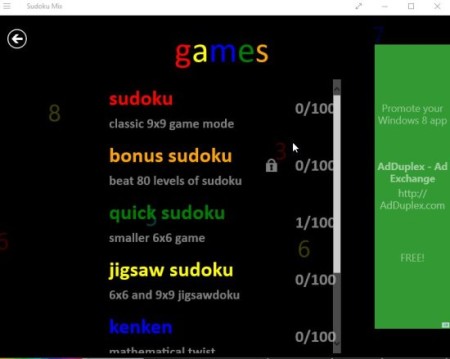 Hints are offered for times when you are stuck. The interface is nice but is ad supported. 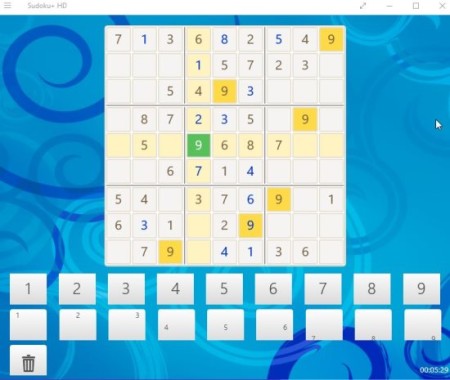 Sudoku+ HD is another Sudoku puzzle game app which lets you play this game easily. The interface is pretty neat and does not have any ads on it which is a welcome thing. Just launch the app and choose from 4 difficulty levels of very simple, easy, medium and hard. Selecting a level immediately takes you to the puzzle game window, which can be seen in the screenshot above. The garbage bin icon will remove any number you entered by mistake. The number boxes below the actual numbers is for draft option. You will also see a timer running at the bottom right of the window to let you know how much time you took to complete the puzzle. 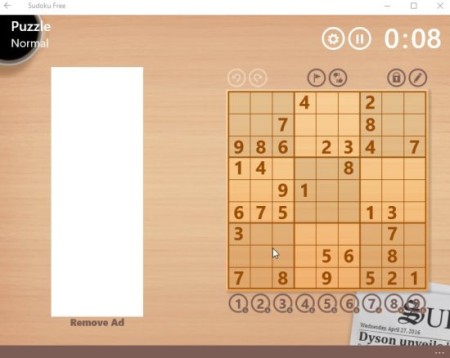 Sudoku free also offers you Sudoku puzzle games with four difficulty levels which are easy, normal, hard, and evil. As you can see in the above screenshot the app is ad supported but it is not very distracting. The regular options are also available like hints, undo, redo, validate, lock mode, draft mode, at the top of the puzzle board.

Some nice features of this game app:

These are some popular and good rated Sudoku apps for Windows 10. Sudoku Mix is the app which I enjoyed playing the most as there were puzzles with some twist in it as well. Try them out and enjoy playing your favorite game.