Up in Flames is a free Windows 10 Angry Birds like game app where Baff a cute green dragon charges the enemies to rescue his friends using his dragon fire. The game might sound a bit like Angry Birds and it might have some resemblance to it. You have to aim the fire coming out from the dragons mouth towards the enemies, form a proper trajectory of fire and then let go. So the enemy can be destroyed and Baff can save his friends.

The Windows 10 Angry Birds like game app can be downloaded from the Windows 10 store or from the link given at the end of this article. When you start the app you come across the home screen as shown in the screenshot below. 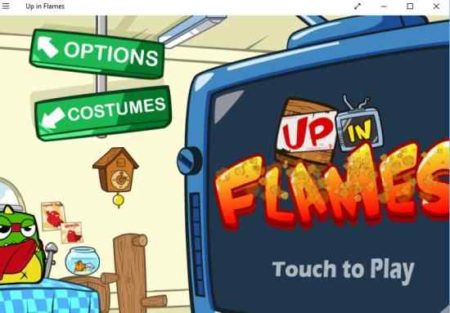 From this screen you will be taken to the stage selection screen, as seen in the screenshot below. Only the first stage is unlocked for now, so lets start playing with that. 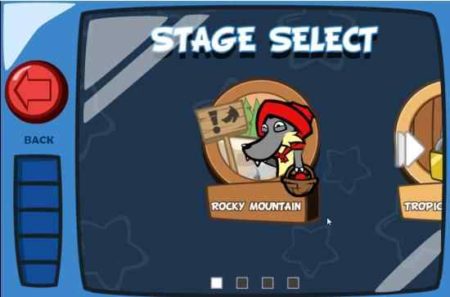 Clicking on the rocky mountain stage will take you to the level selection screen, as shown in the screenshot below. The first level is unlocked to start with rest all are locked. The next level can only be unlocked when you complete the previous one successfully. 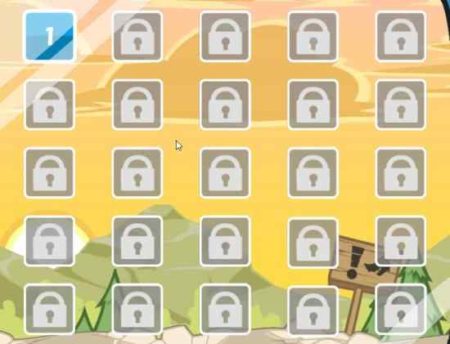 Clicking level one will take you to the game play screen, as shown in the screenshot below. Before the game starts there will be a short video showing you the story behind Baff’s motivation to help his friends. 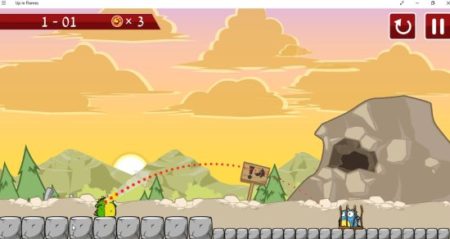 As you can see in the above screenshot on the left is Baff the cute green dragon and on the right is his friend in blue who is trapped by the enemy. Now Baff has to aim him fire in a proper trajectory, so that he can free his friend. If you are able to save your friend in one try then you can earn three stars in that levels. 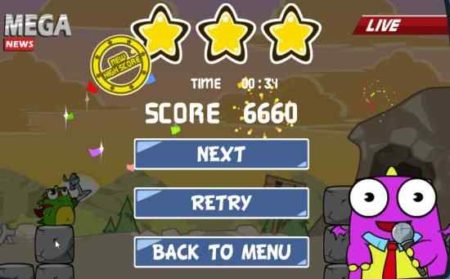 On the level up screen, which is shown in the screenshot above, you can see your score, the number of stars you earned, and time it took you to complete the level. Apart from this you can also retry this level and press the next button to go to the next level.

Features of this Windows 10 Angry Birds like game app:

Up in Flames is a fun game app to play anytime you like. Help the cute green dragon to rescue his friends from the enemy. All you have to do is just aim and fire. It is quite similar to the Angry Birds game and you will enjoy it if you liked the other game. Do give it a try.

Check out Up in Flames for Windows 10 here.