This tutorial will explain how to play separate songs on each side of headphone on iPhone. You can do that using a free app for iPhone powered by SoundCloud. This app is very unique and allows you to choose and play two different songs on each side of the headphone simultaneously. You can search for thousands of songs on SoundCloud and play them on this app. Apart from playing different songs, it also allows you to control the playback separately for each headphone side. If you want then you can also switch to only one player and listen to a single song.

Sometimes, don’t we all share our headphone with our friends while listening to a song? But, at the same time, you and your friend might not like the same song. Well, guess what, you don’t need to listen to the same song anymore as this app makes it possible for you to play separate songs on each side of the headphone. There are dozens of other media player apps available for iPhone, which also allow you to play songs, but none of them has the option to play two different songs on each side of the headphone at the same time. 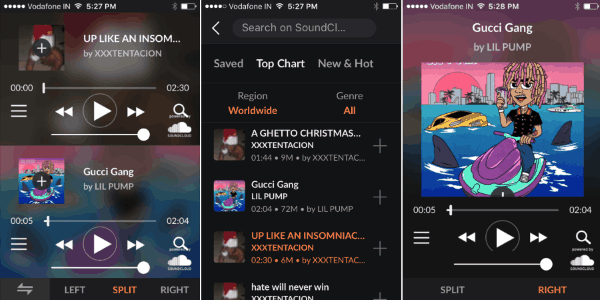 How to Play Separate Songs on Each Side of Headphone on iPhone:

To get started, simply install the “SplitCloud” app on your iPhone. After that, open it up and then you will see an option named, “Split” at the bottom of the screen. Simply, select this option and then it will open up two different music players on one screen, as shown below. 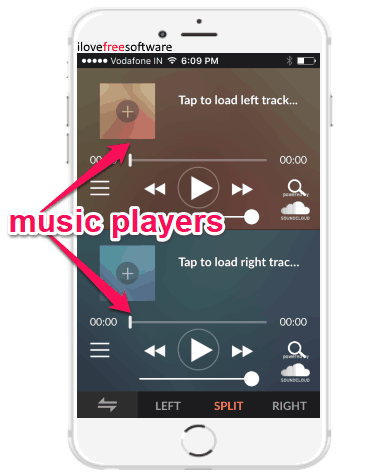 After that, you can tap just above the player controls in each music player to choose two different songs for playing them on each side of the headphone. It allows you to search SoundCloud and select any song you want on for the music players. 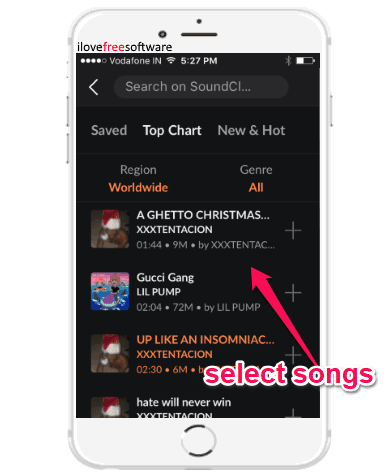 As soon as you’re done selecting the songs, you can go ahead and hit the “Play” button on both the music players to start playing the associated song on each side of the headphone. For example, if you have selected “Dusk Till Dawn” in the player at the top and “Shape of You” in the bottom one. Then the first song will play on the left side of the headphone and the second on the right side. 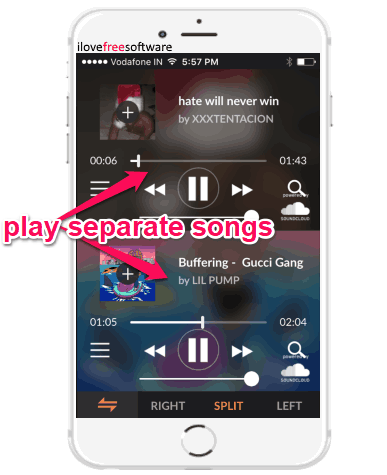 The controls are also not dependent on each other, which means you can separately control the playback on each player like play/pause, play the previous/next song, and even add songs to your favorites. You can also switch to any of the two players from the “Split” mode to listen to only one song. To do that, you can select the “Left” or “Right’ option at the bottom. 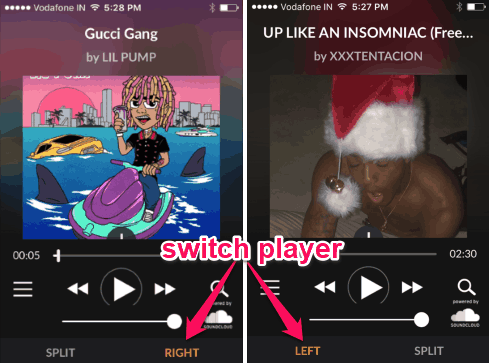 SplitCloud is a pretty unique app for iPhone that makes listening to songs more fun and interesting. There are many other music players available for iPhone with amazing features like gesture control, offline Dropbox playlists, etc. But personally, I think this app is one of a kind as it helps you play two different songs on each side of the headphone making it perfect for sharing headphones or earphones. Sounds great, isn’t it?

Did you like this app, let me know in the comments.