SkinDeep is a free open source tool to remove tattoos from photos using deep learning. Here it takes a photo of a person from you and removes the tattoos from various parts of the body. Right now, this entire tool is consolidated inside a Google Colab Notebook and you can use it from there.

All you need is a Google account and then you are all done. It works on most photos and accuracy is very nice as well. However, on some photos it leaves blurred areas and for now it can only output a 500px image.

If you have some photos that you want to remove tattoos from then removing them with the traditional methods will be very long and time-consuming tasks. Meanwhile technology is becoming advanced as AI is taking over computer vision so you just utilize that for tattoo removal.

Previously we have covered AI based background remover, old photo restoration, and some other tools. And now SkinDeep is another tool in the list that you will like. 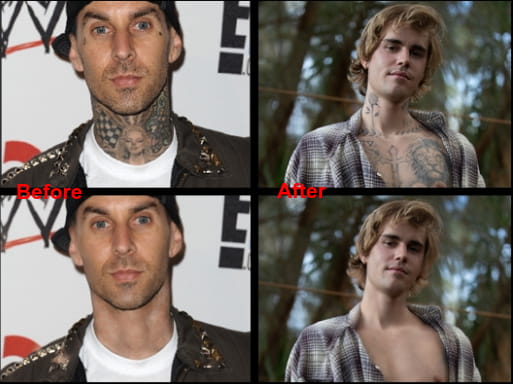 Getting started with SkinDeep is very simple. You just go to its GitHub page and then find the Google Colab link to the Notebook. See the screenshot below how the Colab icon looks like. 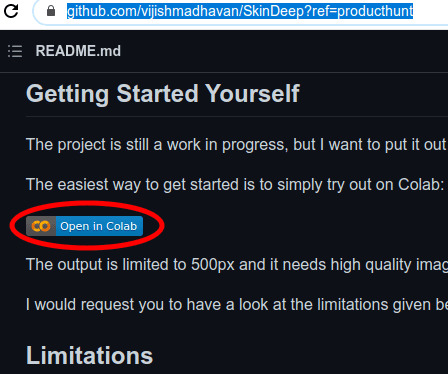 Now, it will open the notebook for you and it’s time to run the tool. Before clicking on the Colab icon, you need to make sure that you are logged in to your Google account. After that, you just make a copy of the Notebook. 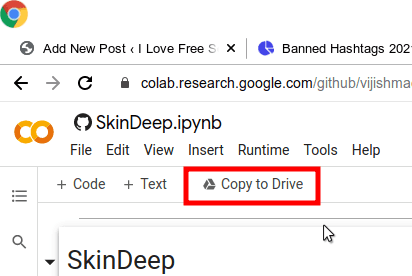 It will make a copy of the notebook and will be saved in Drive. Now, you can start using the tool. To do that, you just have to run the code in each cell of the notebook. The code in the beginning is responsible for fetching the files from the repository and install the dependencies. 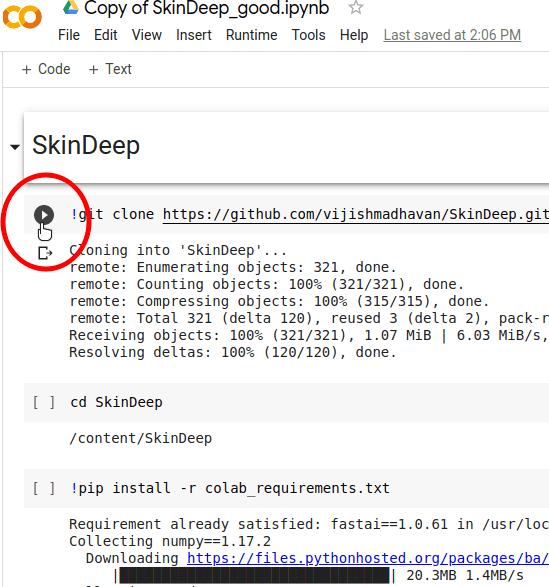 After it has installed all the dependencies, start executing the code in the remaining cells. Just find the play button and then click on it. Some portion of the code may take longer time to execute so be patient during that time. 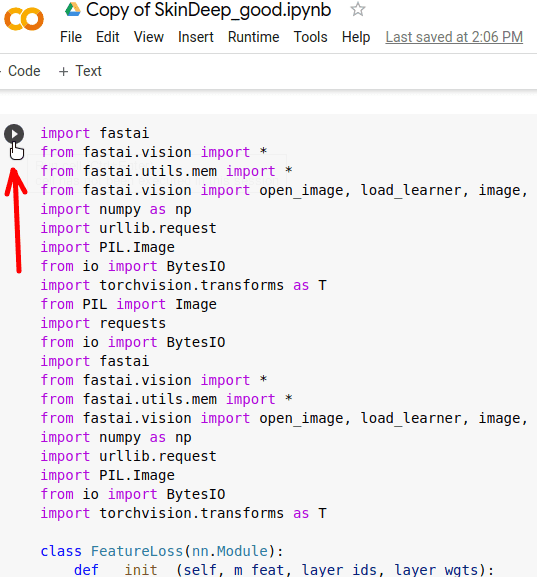 When you reach the 3rd cell, there you will see URL of an image that it will process to remove tattoos. You can replace this image URL with any photo you want to process. But do note that, you have to specify the direct link to an image hosted anywhere. 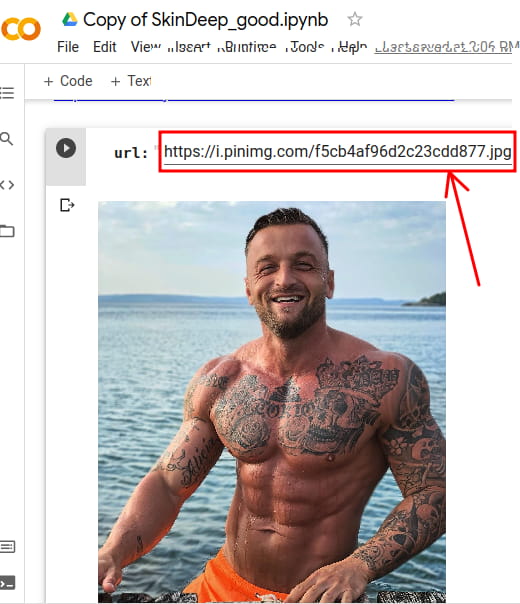 Finally, run the remaining code in the cells and in the end, you will see the processed image with no tattoos. 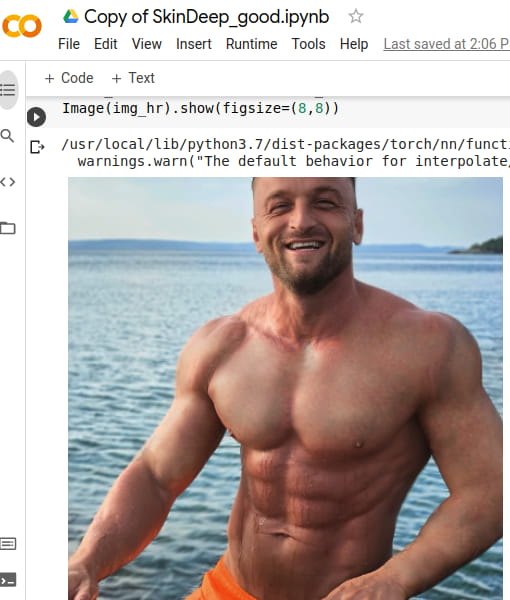 At this point, you can use this notebook in the same way whenever you want to remove tattoos from any photo. Just replace the image URL and run the code in the last 2 cells again to get the output. However, as I mentioned in the beginning that the output image is 500px so you will have to live with this.

If you have some old photos from which you want to remove tattoos magically then you can use the tool here. Or, you can use it on any photo of any person with tattoos. This tool will work on most of them given that the tattoo is clearly visible. The position of the tattoo doesn’t matter and it will automatically detect it and remove it using the deep learning algorithm running underneath.