AutomateIt for Android is a free Android app which lets you set actions in response to certain triggers and automate your phone. With this app you will be able to automate your phone to a great extent. AutomateIt is really easy to use when compared to others options. Also the app comes with six pre-configured actions which are really helpful. AutomateIt for Android follows the if-this-than-that rule, on the same lines as IFTTT recipes.

The easy interface improves the usage experience. Explore the full potential of the Android platform and make your life more easier with this free automation tool for Android. 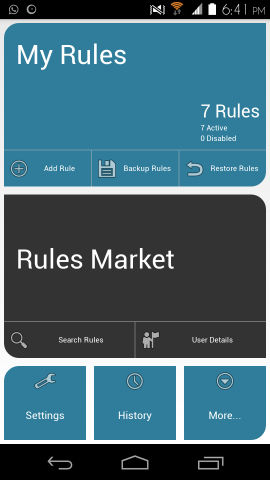 Getting AutomateIt for Android:

You can get this free app from the link or QR code at the end of this review. Once you have installed the AutomateIt from the Play Store launch it from the app drawer.

Most of the functions in this app work in non-rooted modes as well, but some required root permission If your phone is rooted, AutomateIt will ask you for the root permission, as seen here. Once you have granted the permission you will have main interface of app in front of you. I tested it  on both rooted as well as non-rooted phones, and found it useful in both the cases. 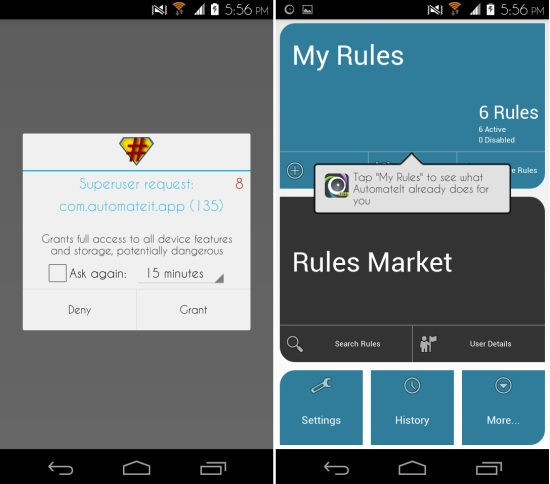 You can tap on the ‘My Rules’ section as seen here to see the six preset rules. Simple rule like turning the phone to mute at night are really helpful. 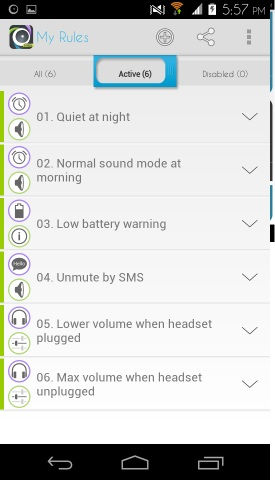 Creating rules in AutomateIt for Android:

As an example I am going to create a simple rule here which will launch the music player when earphones are plugged in. To start, tap on the new rules button as pointed below. Now AutomateIt for Android will present you with the set of triggers as seen below. Tap on the ‘headset plug state trigger’ and then you will be presented with the options as seen below. Select the ‘plugged’ option and then tap on the next button. 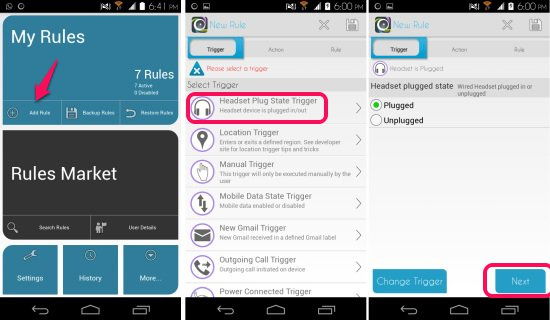 After this, the app will require you to select an action. Tap on the ‘Start application action’ option from the list and then select the music player which you want to launch. Now simply name the rule and then press the ‘save’ button in the interface. From now, whenever you plug the headsets in  phone, it will automatically launch the music player. 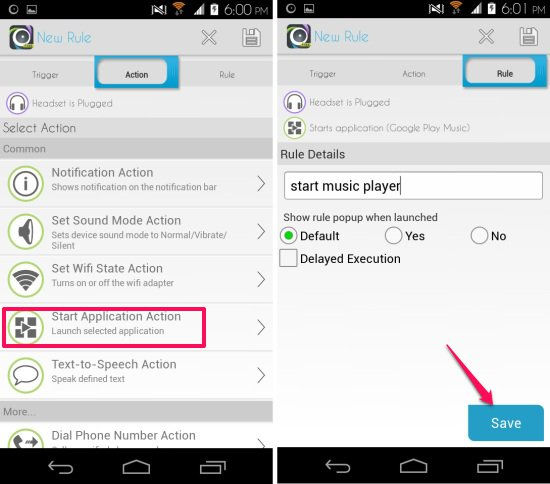 Automateit for Android also has a rule market built into the app which allows you to browse and use rules which are created by other users. Tapping on the rule market from the main interface will bring up the interface as seen below from where you can browse and download rules to your device. You will find many more innovative ways of using this free automation app. 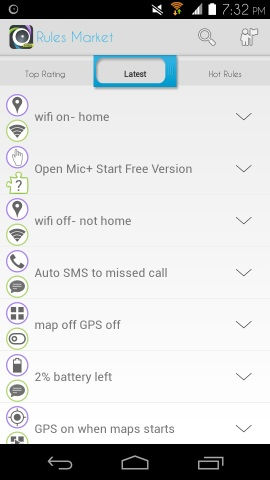 Some pretty interesting rules I found in the Rule market were: automatically start GPS on Android when you start map app, automatically send SMS to missed calls, and many more.

AutomateIt for Android is a very powerful app for your device which takes advantage of the operating system’s capacities and allows for automation to a great extent. The app is very simple to use and helps you make things more convenient and automated.

Get AutomateIt for Android from the link or scan the QR code below. 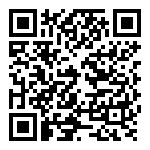