This article explains why there is a pause and break key on the keyboard. Most of the computer keyboards (whether they are standalone keyboards shipped with desktop computers, or embedded laptop keyboards) still come equipped with a combinational pause and break key. For the most part, this key serves no useful purpose, at least in today’s computing environment. However, it has been an integral component of all computer keyboards for a really long time. Most of us never even take a look at it while we’re working on our computers, and that’s because we don’t care. But just in case you’ve wondered time to time what this little thing is for (or used to be for), you might wanna keep reading. 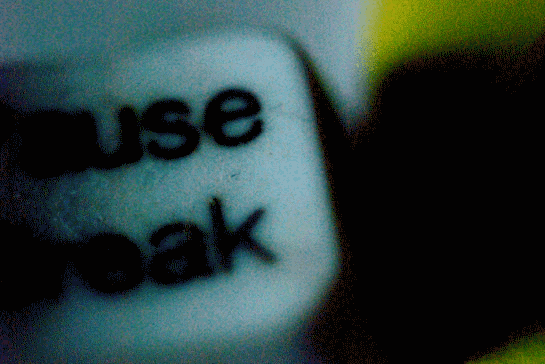 The Pause And Break Key Was Developed For DOS Environment

Yeah, you read that right. The Pause And Break key (or more specifically, the functions it was/is tied to) was developed for the DOS (disk operating system) environment, and it even to this date, it still functions in that environment (known as Command Prompt) only. Although there might be some modern Windows programs that can make use of the Pause And Break key, but for the most part, its usability and functions are still restricted to the DOS environment, which now comes nestled in Windows’ Command Prompt. Interesting isn’t it?

So Why Is There A Pause And Break Key On The Keyboard?

It’s time to reveal the big secret. The Pause And Break key was designed to perform two very simple (but important nonetheless, at least in the earlier days) of computing. These are mentioned below:

As the name suggests, the Pause function of the Pause and Break key was (and still is) used to to halt the output being displayed on the screen. This still works, though you have to use the command prompt to see how. The Pause function, when invoked via the key, immediately stops any continuous stream of output being displayed on the command prompt in its tracks. To see how it works, you can try using the dir command. This command, when used, generates an auto-scrolling list of all the files in the active directory (folder). Now, whenever that auto scrolling output is being flashed on the screen, immediately use the Pause function via the key. You’ll see that it’ll halt the output instantly (try it with a folder having a lot of files so that you have enough time to press the key, as the scrolling list is quite fast). To resume the scrolling list, simply press any other key on the keyboard, and it will resume from the point it stopped.

The other equally important function of the Pause and Break key is Break. Simply speaking, the Break key function is used to terminate (or close) a DOS based application. Generally, it’s used in conjunction with the Ctrl key. Thus, the Ctrl+Break key combination essentially breaks the flow of the program’s execution, which is also how it gets its name. Another cool shortcut is Ctrl+C, which can be used to terminate applications in command line environments as well.

The Pause And Break Key, though still used in very few applications, is not of any use to general users these days and as such, has been relegated to an area on our keyboards where we don’t even look quite often. However, this little key still sits there on almost all keyboards, silently reminding every computer user of how far computing technology has come, in its own special way. The only real purpose I can think of this key in today’s world is to use it as an extra key (like, joker in a deck of cards), and if any key of your keyboard goes bad, then use a key mapping software to map Pause / Break key to serve the function of that key.