This article talks about 4 free IQ apps for iPhone using which you can calculate the IQ (Intelligent Quotient) level of yourself and your friends anytime.

We all love competing against each other especially when the competition is about proving that who is the smartest and sharpest of all. There are various ways using which you can check your brain sharpness and compete with others but IQ tests are one of the oldest methods to measure someone’s sharpness. In an IQ Test, you need to answer the standardized questions, within a limited time, based on the various categories like mathematic basics, blood relationship, analysis, etc. At the end of the IQ Test, you are awarded with an absolute marking which depends upon your performance in the test. Generally, a normal human being is supposed to have an IQ of 70-130 while the people having more than this are considered to be Genius. There are various IQ Tests websites available out there for taking the IQ Test but in this post , I am going to tell you about the iPhone apps so that you can take IQ quiz anytime and anywhere. 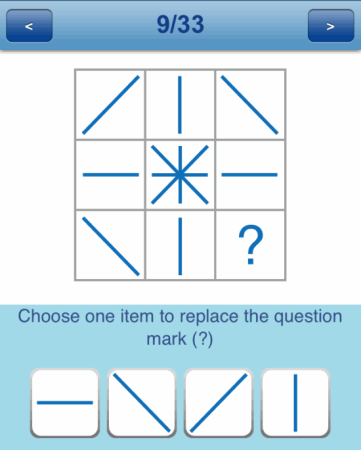 IQ Test FREE is the first IQ app for iPhone to test IQ on your iPhone. This app has two types of IQ Tests for you: Classic Test and Mensa Test. The Classic Test contains a total of 33 questions and you need to get at least an IQ of 120 to unlock the Mensa Test. It generally takes about 25-30 minutes to complete the test. There is not restriction on time (in free version) to complete the test and you can also check your past scores in History option. You can also share your IQ Score with your friends. 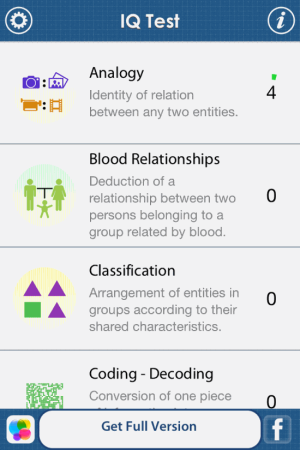 The second IQ app for iPhone is The IQ Test : Free Edition. This app consists of various categories of question like Analogy, Blood Relationships, Classifications, Coding-Decoding, Direction Sense, Logical Reasoning, Mathematical Operations, etc. You can choose any category to start the IQ Test. The app contains different number of questions in each category. You can choose the number of questions which you want to attempt just before the start of the test. The app also lets you set the time limit for answering each question which can range anywhere between 10 seconds to 10 minutes. 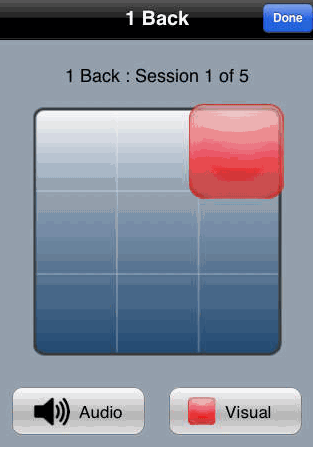 The IQ Boost is not exactly an app for finding the IQ but instead its an app which can really help in sharpening your brain for getting higher IQ level in other IQ Tests. This game is really a brain boosting game. While playing this game, you will see a 3*3 box (total 9 squares) with two options at the bottom: Audio and Visual. Now, you will hear a voice speaking alphabets and also a red box appearing on any of the 9 squares. In the game, you have to observe both the alphabets, said by voice, as well as the red square and check for the repetition of alphabets or position of red box in same square. Now to score the points, you need to tap on the Audio option whenever there is a repetition of alphabets or tap on Visual option when there is a repetition of red box in same square. After the completion of the game, you can check your detailed score with graphs from the Score tab. 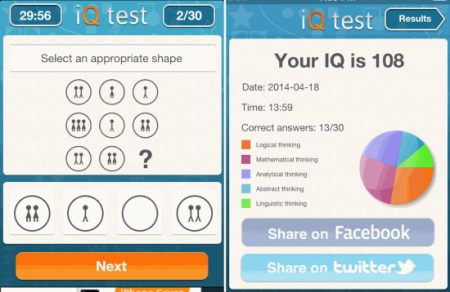 The IQ test+ is the last IQ game in the list which consists of 30 questions. You have 30 minutes for solving them. This app also has question spread over various categories like Abstract, Analytical, Logical, Linguistic Thinking. You are awarded your IQ Score depending upon the number of questions answered correctly and time taken to answer them. The app displays the complete IQ score and Time taken to complete the test. You can share the result via Facebook and Twitter.

With this app, I conclude my list of 5 free IQ Apps for iPhone. So go and try them out to know who is the smartest of all. Do mention the name of the app which impressed you the most.