One does not need to have any sort of graphics design training in order to use GiftedMotion. The very basic knowledge about graphics is sufficient to make a startling animation from a collection of images when you are using GiftedMotion. 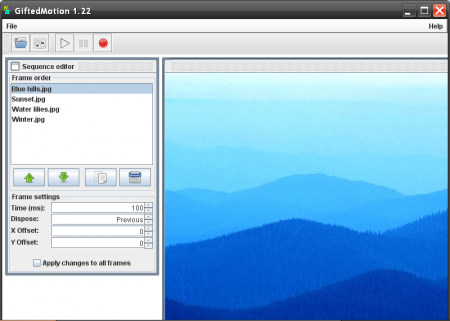 Features of this GIF Animator

The interface of this software is user friendly and absolutely uncomplicated. Creating an animation is very easy and hassle-free. The GiftedMotion window consists of a menu bar which is placed right at the top. The menu bar consists of the file and help options. Below it lies the tool bar consisting of five buttons. The first enables you to open the images, the second shows the export options and allows you to change them. Then comes the preview animation button, stop animation button and the record animation to a file button. The next set of buttons lie in the sequence editor portion. 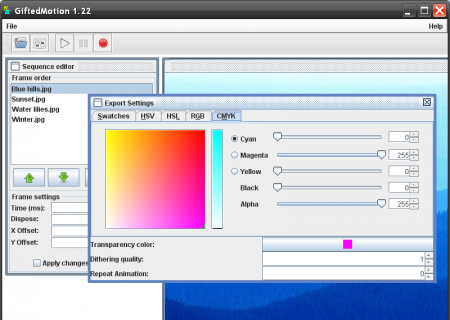 There are dozens of animated GIF creators out there but if you want a user-friendly, efficient and cost effective software, definitely go for GiftedMotion. The software top priority remains usability and the simplistic design makes it a sure-shot winner.