Play Extreme Motorbikers to play a different bike racing game on your PC. You have to race on very curvy tracks and in between tough computer controlled drivers. You have to jump with your bike, kick other drivers, upgrade your bike, etc. 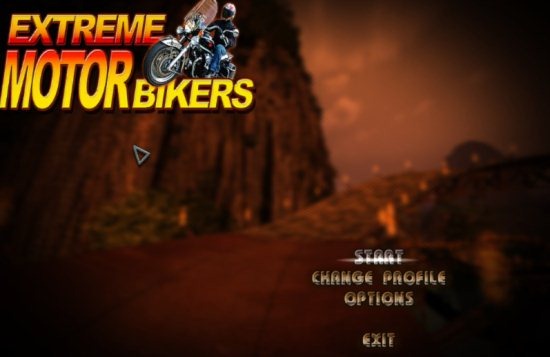 Extreme Motorbikers is an intense motorcycle riding game. The tracks make you go crazy; because they contain curves, breaks, and oil tanks in between. The tracks themselves make you fall and on top of that the fellow bikers will try to kick you out of the track. But don’t worry you will rest on the track automatically. Ultimate aim of the game is that, you have to gain any of the first three places in the race. If you get second or first you can upgrade your bike also. Let’s see these details in the following paragraph.

This bike racing game is very difficult in the beginning; but after you have died like 5-6 times you will be able to master it. If you are a beginner in racing games, then it might take more number of attempts to master this game. The problem in the game is the fellow racers and the obstacles. Luckily, you are provided with controls to kick other drivers too and obviously brakes are provided to slow down your bike.

Once you end in first three places, then only you can play the next track. You can upgrade your bike if you achieve first or second place. You can upgrade one point of: engine or speed or chassis. You can also change the color of your bike. There are many stages and finally you have to achieve the summer cup and Autumn cup. There are two other stages also: fall and winter. This is how the game goes; so enjoy this tough bike racing game. 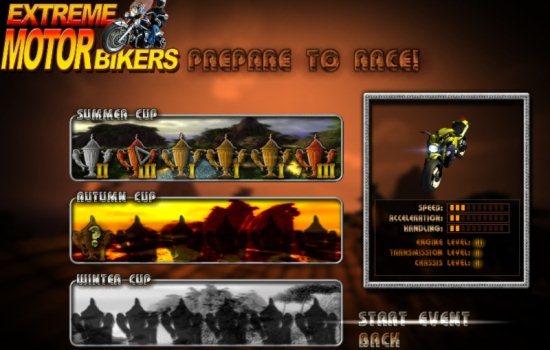 Controls Of This Bike Racing Game:

The controls of this bike racing game are: 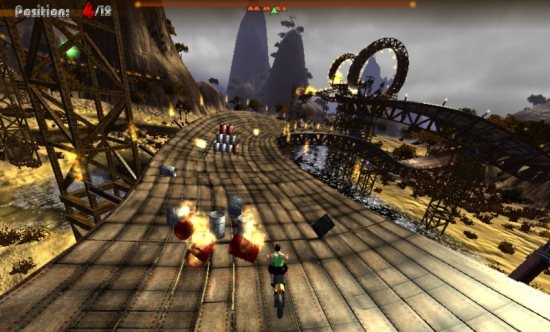 Extreme MotorBikers has many stages and different tracks. The controls, graphics and sound effects suit the bike racing game. You can also check out my post on other Racing games to see other racing games.