SMemo is free software for memo (postit) and schedule widgets. SMemo lets you write, save, backup, and send memos at ease. What really makes SMemo great is the widgets that come with SMemo.

SMemo offers some really cool widgets, like: calendar, shortcut, screen capture, CPU memory, and many more. I have reviewed the widgets that you get with SMemo later in the article.

SMemo is mainly a software for memos writing. You can use SMemo to write a memo with cool features that include text formatting, option to add image in the memo, fold, hide, resize a memo, and many more. You can create as many memos you like and you can place them anywhere on the desktop. You can move them to trash, or delete them permanently. You can also save your memos to a file for later reviewing.

Below I have  posted a screenshot in which I have shown a few memos that I created using SMemo. 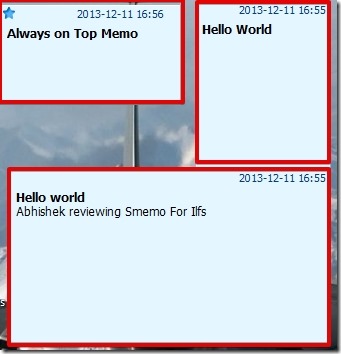 Widgets That Come With SMemo Are:

As I already mentioned that you get lots of cool widgets with SMemo: 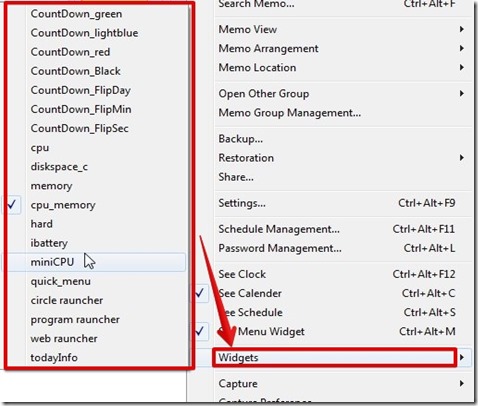 You might also want to try out another free similar software Quick Cliq.

SMemo is just great and works well for your applications. SMemo works as software for memo as well as it offers lot more features. I have had no problem in using SMemo and because of the cool widgets that you get with it I would recommend you to try it out.