Meme Me is a free iPhone app to create custom memes by capturing photos. It comes with a simple and intuitive interface which lets you create and share memes with ease. No more use of heavy meme generator software or online applications, as you can easily use “Meme Me” to create hilarious memes right on your iPhone. All you have to do is capture a photo and personalize it with different colors, fonts, and text to generate great memes. You can show off your creativity by sharing the memes with the world via Facebook, Twitter, WhatsApp, etc.

Unlike other meme generator app for iPhone such as Wemes or Meme Generator Free, this one allows you to post your memes on the “Meme Me” portal and find other people to follow. Post amazing memes so that people around the world might like them and follow you back. It also lets you discover tons of memes posted by others in no time.

The below image shows the memes posted by other users globally. 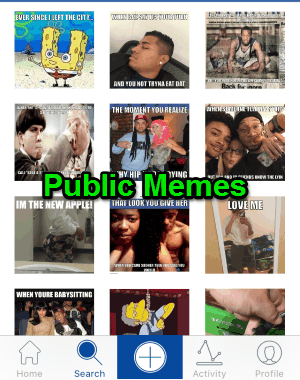 How to Create Memes by Capturing Photos:

As you might know that sharing memes on the social networks are becoming a trend, so my friend get this app immediate from the App Store to create custom memes.

Step 2: Tap the big “+” icon at the bottom of the screen to capture a photo using the built-in camera. If you don’t want to take a new photo then it also has an option to import existing photos from your camera roll. 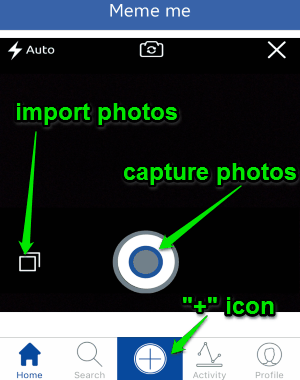 Step 3: After capturing a photo, the meme generator will appear automatically with different font options and colors. You can also add comments to a meme and enable/disable alphabet capitalization. To write something on the top of the photo, you can tap the “Top” button or tap the “Bottom” to add text at the bottom of the photo. The below screenshot can make you understand how to write meme on a photo. 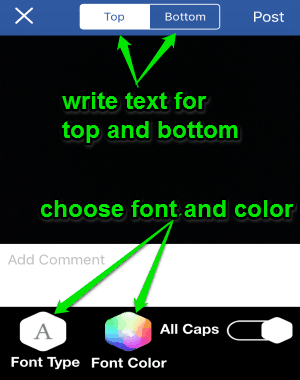 Step 4: Tap the “Search” option to discover memes posted by others as shown in the first screenshot. After you’re done with creating memes, simply post them on the “Meme Me” portal or share them with your friends.

Meme Me is quite an amazing app for iPhone which lets you create custom memes by capturing photos in no time. You can also discover tons of memes posted by people all around the world. Personally, I like this app as I can follow other to see their feeds and they can do the same by following me.

Get this meme generator app from the link here.