You may have used some free software to do the same. But if you don’t want to download any software, then you can use these online tests to check CPU performance. 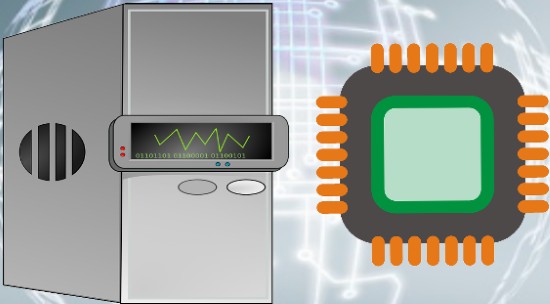 These websites only cover speed parameter of the CPU. For more advanced level of testing you will have to use some really powerful freeware that can do that such as CPU-Z or Prime Benchmark, etc.

Do note that the testing performed by these websites might not be very accurate, as online testing is impacted by a lot of factors. But these websites would give a good idea about your CPU’s performance. If you want more accurate results, you are better off using some desktop software.

CPU Speed Test Online is a free service to test your CPU speed online for free. The website has implemented a very simple flash and Java based script  that analyzes your CPU speed and shows an animated arrow that starts moving when you start the test. After that it stops and points to the speed of your CPU on its clock like interface. The test that it performs is fairly simple and the scripts that it uses to do that can be downloaded to test your PC in offline mode as well. 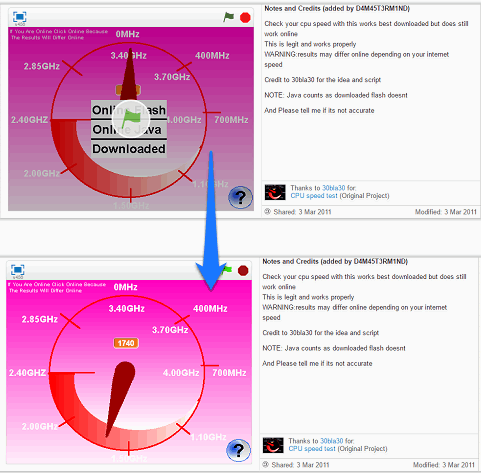 To take the online CPU test, first visit the website using the above link and then you will see a small clock like interface at the top left side of the interface. Next, hit the flash button to start the test. After doing that, pointer will start moving and when its done, it will stop, pointing to the speed of your CPU. You can then analyze your speed there, and then do whatever you want.

Komputer Swiat is another free website to test CPU online. The website runs several tests and gives you a graphical report showing the speed score of your CPU. The test it runs takes few minutes to complete and when it finishes, it shows the report. In the report you can see the bar graph of the performance of your CPU. You can compare the result with other CPUs also, as it shows the fastest, slowest, and average score of various CPUs in the bar graph. 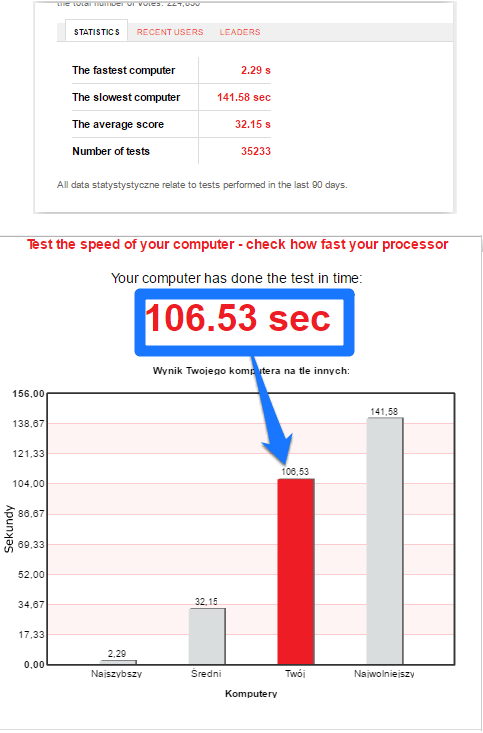 To take the CPU test using this website, visit its main page using the above link. The website is in the polish language, so it’s better to translate the page first before using it. After you visit the website, it will start testing your CPU. And when its done testing, it will show the bar graph as report that you can use to analyze your CPU performance.

These were some free websites to test CPU online. These websites use different type of tests to give you the report about your CPU. The report that these websites generate is fairly simple and only cover the speed parameter. So, depending on which website you like, you can take the corresponding test.